SKY HISTORY AND AL MURRAY ASK… WHY DO THE BRITS WIN EVERY WAR? 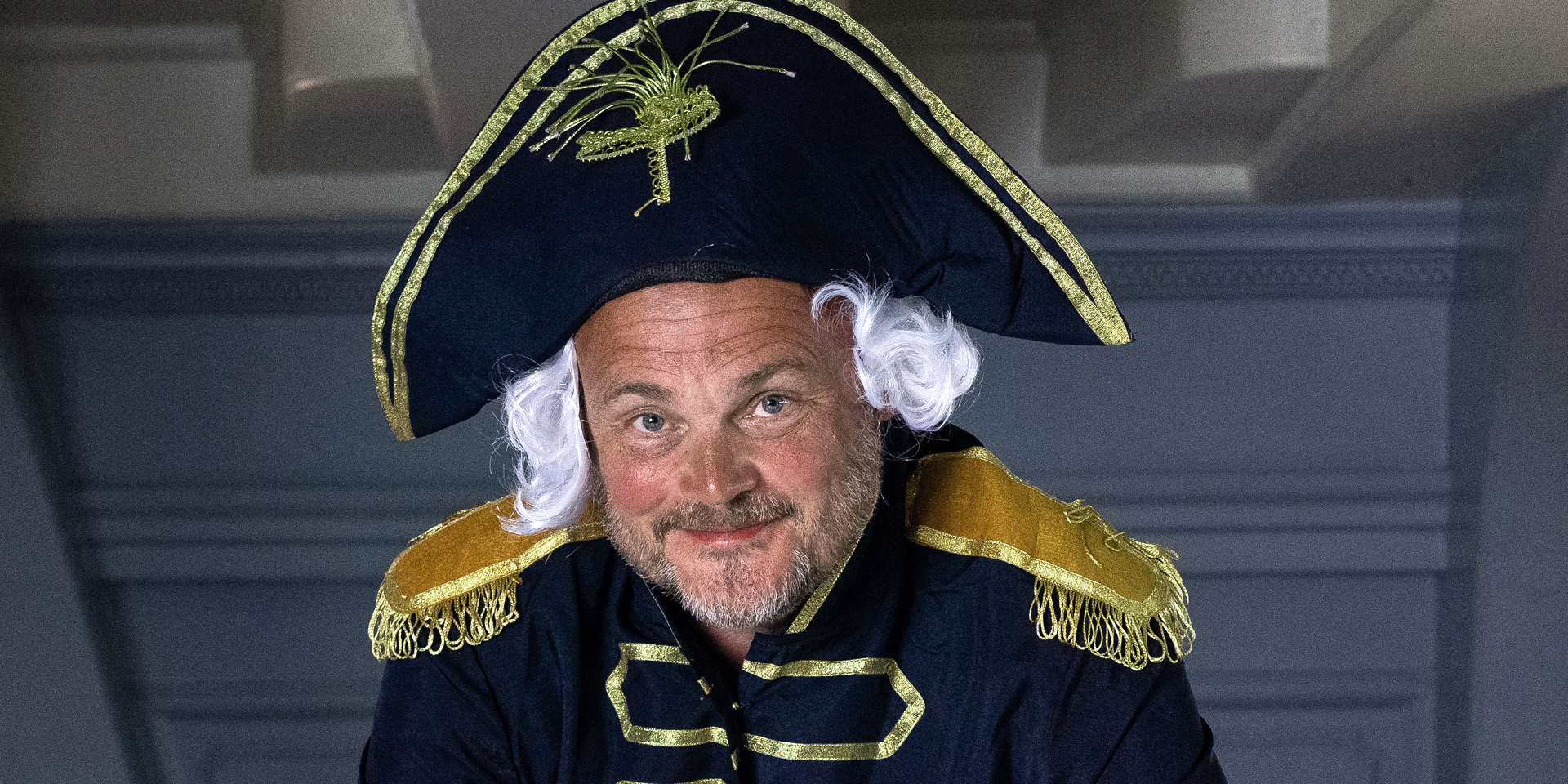 LONDON, 8th July 2021: A+E Networks UK has commissioned Avalon to produce a 6×60’ history series authored and presented by Al Murray, called: Al Murray: Why Do the Brits Win Every War?

Following on from the success of Murray’s previous appearance on the channel in Why Does Everyone Hate the English? (tx: Oct 2018), the new series will broadcast on Sky HISTORY in autumn 2021.

The Avalon production for Sky HISTORY, Why Does Everyone Hate the English?, remains the best-performing UK commission to air on the channel, rating 248% above slot average during its premiere run and winning the Broadcast Digital Award for Gamechanger Programme of the Year 2019.

Together with his alter ego The Pub Landlord and joined by comedians and personalities from each country he visits, Al will be attempting to unpick the Great British psyche in a bid to understand whether we are helped or hindered by our illustrious military past and how our regular harking back to Britain’s glory days is viewed by our near neighbours and so-called ‘allies’.

In each episode Al will tackle Britain’s relations with a different one-time military adversary, ranging from France and Germany to those who have occupied Britain at various points before being unceremoniously ejected, such as the Romans and Vikings, finishing with that fairest of all fair-weather friends, the Americans.

Al Murray said: “Barely a day goes by in the UK without someone mentioning one war or another, so Sky HISTORY has asked me, with the help of some of the country’s friends – who used to be our enemies – to take a look at the trail of victory and defeat that leads us to the present day.”

As The Pub Landlord put it: “This country is currently undefeated World War Champions of the World, fighting at all weights. We have a proud track record of defeating all comers, why we even had a war against the French that lasted One Hundred Years, the Hundred Year’s War, and the reason it lasted a century is we were enjoying winning it so much we spun it out for the full ton. The Germans had two cracks at the world title, which you have to respect, but they came up short. The Americans think they defeated us, whereas what we were actually doing was dropping them before they became too much trouble: and look at what an excellent decision that was. A victory no doubt, whichever way you look at it.”

If history is written by the victors, it will be interesting to see what makes the final edit of what promises to be a highly entertaining new series for Sky HISTORY.

Dan Korn said: “We’re thrilled to be welcoming Al Murray and The Pub Landlord back to Sky History. With his unique take on British history and a whole host of superb celebrity guests, this promises to be a feast for history buffs and all those who are up for a highly entertaining romp through our recent and not-so-recent past.”

Al Murray: Why Do the Brits Win Every War? is an Avalon production. Andrew Fettis (Three Men in a Boat, Top Gear) is Series Director, and Executive Producers are Jay Taylor, Jamie Isaacs and Richard Allen Turner.

Jamie Isaacs, Executive Producer for Avalon, said: “Al has such a skill for humorously bringing history to life and we’re delighted to be working with him and the excellent team at A+E again on this new series for Sky History.”

Al Murray: Why Do the Brits Win Every War? is in production and is set to broadcast on Sky HISTORY in the autumn of 2021. SKY HISTORY is available on Sky 123, Virgin 270, Talk Talk 327 and NOW. For more go to www.SkyHISTORY.co.uk or visit Facebook, Twitter, Instagram and YouTube.

Sky HISTORY is the flagship brand of the A+E Networks® UK portfolio which is made up of true crime channel Crime + Investigation®; Sky HISTORY2® and free to air channel BLAZE®. Sky HISTORY is available in the UK on Sky, Virgin, Talk Talk and on streaming service NOW. www.SkyHistory.co.uk

A+E Networks® UK, a joint venture between Hearst and Sky, is a leading media network reaching 58 million homes across 100 countries. With our global portfolio of popular, high-performing and creative brands – HISTORY®, Crime+Investigation®, HISTORY2® and UK free-to-air BLAZE® we have entertained and inspired audiences for over 20 years; telling the stories that need to be told. We complement our programming with innovative, talent-led exclusive digital content and top-rated podcasts. We currently partner with over 360 operators broadcasting throughout the Nordics, Benelux, Central Europe, the Middle East and Africa. We have offices in London, Warsaw, and Johannesburg. www.aenetworks.tv

Other landmark Avalon shows include BAFTA winning and multi Emmy nominated Catastrophe (Amazon Prime Video/Channel 4), Fantasy Football League (BBC/ITV), multi BAFTA-winning TV Burp (ITV), and Workaholics (Comedy Central USA). Avalon also distributes its catalogue of programmes to over 150 countries worldwide.  Avalon has produced many globally successful podcasts and is at the top of the UK iTunes chart with the multi-award-winning Shagged. Married. Annoyed by Chris and Rosie Ramsey. As a leading promoter of live comedy, Avalon produced Newman and Baddiel: Live at Wembley, the UK’s first arena comedy show; Jerry Springer: The Opera, the first West End show to win all four UK ‘Best New Musical’ awards; and has continued to produce and promote live shows globally, as well as promoting more winners and nominees of the prestigious Edinburgh Comedy Award than any other company.  For Avalon news visit: www.avalonuk.com/press or follow @avalonent