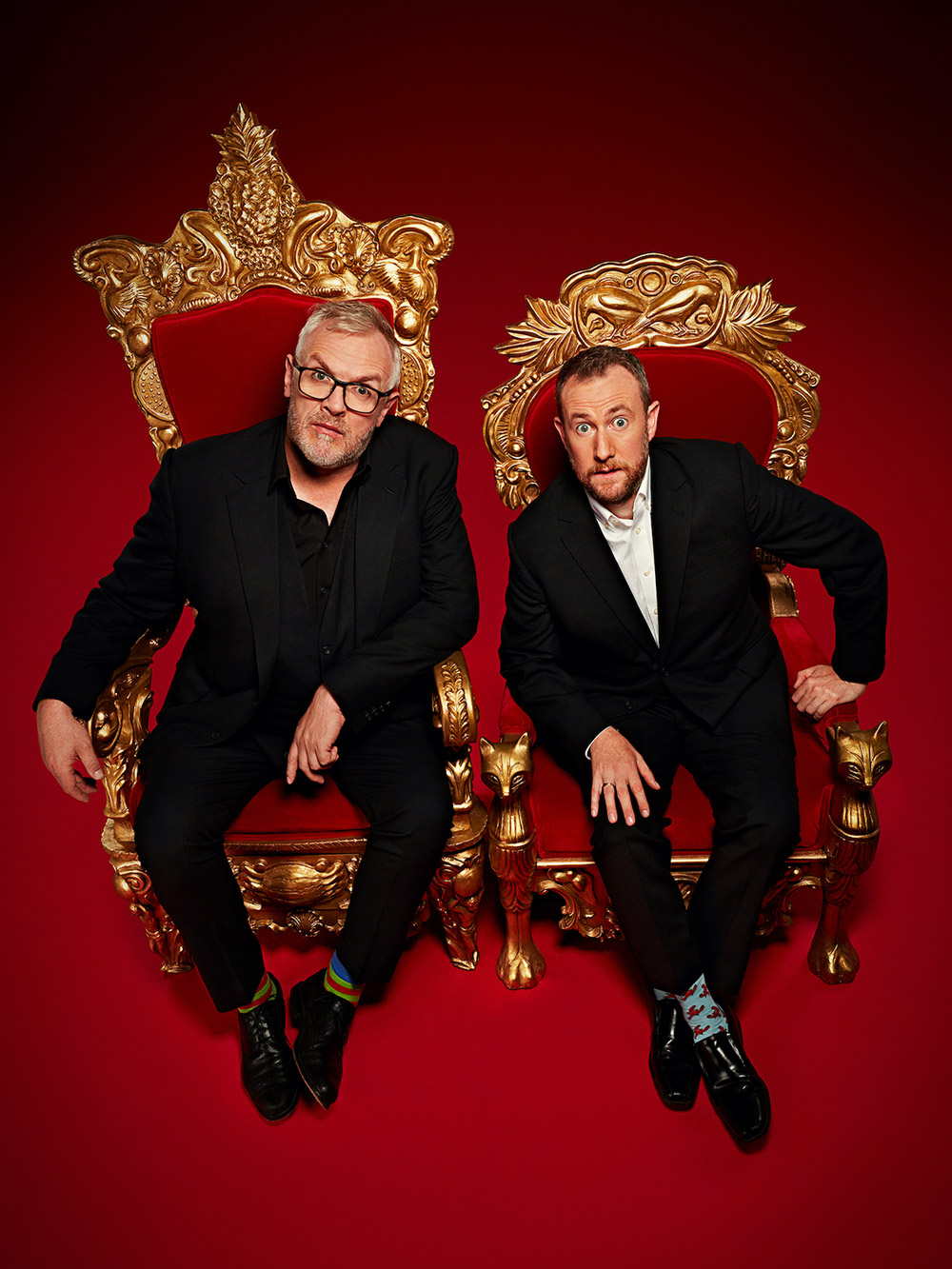 TASKMASTER
WATCH NOW
Broadcast Award-winning, BAFTA and Emmy® Award-nominated entertainment show where the Taskmaster, GREG DAVIES (Man Down, Cuckoo), with the help of his loyal assistant ALEX HORNE (The Horne Section and the show’s creator), sets out to test the wiles, wit and wisdom of five hyper-competitive comedians.

Comedians that have risked life, limb, and dignity in the hope of making the Taskmaster proud so far include: FRANK SKINNER (The Frank Skinner Show), MEL GIEDROYC (The Great British Bake Off), ROMESH RANGANATHAN (Asian Provocateur), HUGH DENNIS (Outnumbered), SALLY PHILLIPS (Bridget Jones’ Diary), ROSE MATAFEO (Edinburgh Comedy Award Winner 2018), and RUSSELL HOWARD (The Russell Howard Hour). Unaware of what awaits them in each wax-sealed envelope, only one competitor can become the victorious owner of His Royal Task-ness’ golden head and be crowned the next Taskmaster Champion.