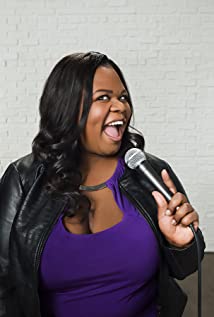 Yamaneika Saunders is a standup comedian, writer, and actor. Born and raised in Maryland, Yamaneika has since tackled the comedy scene by combining her high-energy improvisational observations and stories with a unique and bold perspective on life. Yamaneika has appeared on HBO’s Crashing, truTV’s Comedy Knockout, Showtime’s Flatbush Misdemeanors, Hulu’s Life & Beth, Laff Mobb’s Laff Tracks, Comedy Central’s Broad City, The Nightly Show with Larry Wilmore, and This is Not Happening. Yamaneika has featured on TV Land’s The Jim Gaffigan Show, A&E’s The Black and White, NBC’s Last Comic Standing, and as a recurring correspondent on The Tonight Show with Jimmy Fallon.

Yamaneika’s writing credits include Inside Amy Schumer and That Damn Michael Che. Her voiceover work can be heard on Inside Amy Schumer, Adult Swim’s Teenage Euthanasia, and as a series regular on the Adult Swim animated pilot Hot Carl & Durp. She is often recognized for her work as a panelist on The Meredith Vieira Show, a lead role on Oxygen’s Funny Girls, and Comedy Central’s In Security.

Yam has captivated audiences across the country with her dynamic stage presence for over a decade and performed standup at the Just For Laughs festival in Montreal, released a half-hour on Comedy Central, and filmed a special as part of the comedy showcase The Degenerates for Netflix. She has starred on Comedy Central’s This Week at the Comedy Cellar, VH1’s Talk 30 to Me, and Bravo’s Kandi Koated Nights. You can currently catch her performing standup all over the country, and see her on the second season of Flatbush Misdemeanors.