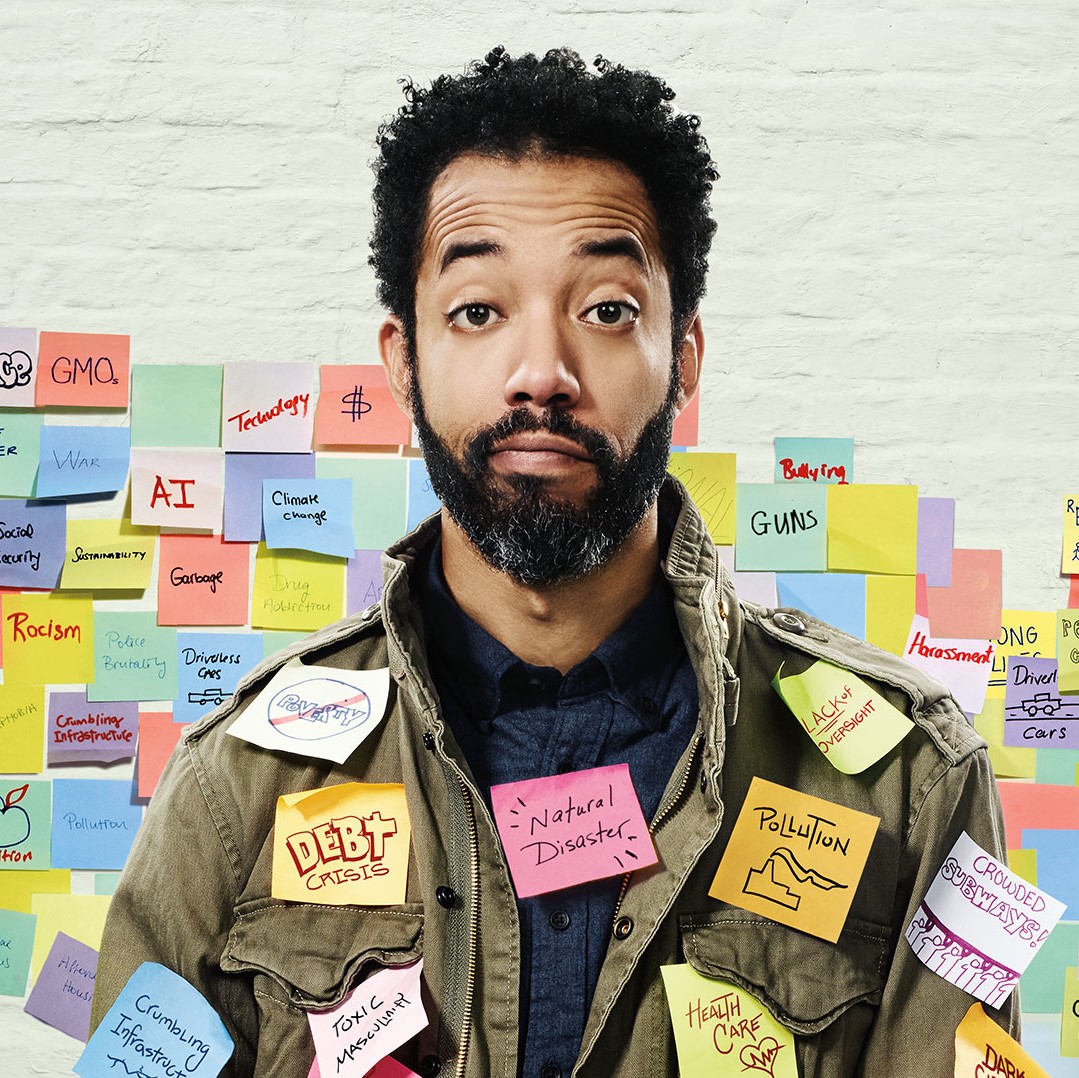 Wyatt Cenac is a New York-based standup comedian, writer and producer. From 2008 to 2012, Wyatt was a writer and popular correspondent on the hit late-night Comedy Central series The Daily Show with Jon Stewart, where he earned 3 Emmy Awards and one Writer’s Guild Award. He also spent three seasons writing for FOX’s King of the Hill, and served as executive producer alongside Jay-Z. On the feature side, Wyatt was a Co-Executive producer on An Oversimplification of Her Beauty, which screened at Sundance in 2012. Wyatt has appeared as a recurring character on the popular Netflix series BoJack Horsman, IFC’s Maron, Adult Swim’s The Eric Andre Show and Comedy Central’s John Oliver’s New York Standup Show. Wyatt also starred in the TBS alien abduction comedy series, People of Earth. He’s a late-night favorite, with appearances on The Late Show with Stephen Colbert, Conan, Late Night with Seth Meyers, Late Night with Jimmy Fallon, and Last Call with Carson Daly. Wyatt’s second hour standup special, Brooklyn, was nominated for a 2015 Grammy for Best Comedy Album. Most recently, Wyatt is starred in his own satirical docuseries for HBO, Wyatt Cenac’s Problem Areas, which recently completed its 2nd season on HBO. Wyatt can currently be seen in the digital series “aka WYATT CENAC” which he wrote, directed and produced and was nominated this year for the Emmy for Outstanding Short Form Comedy Or Drama Series.