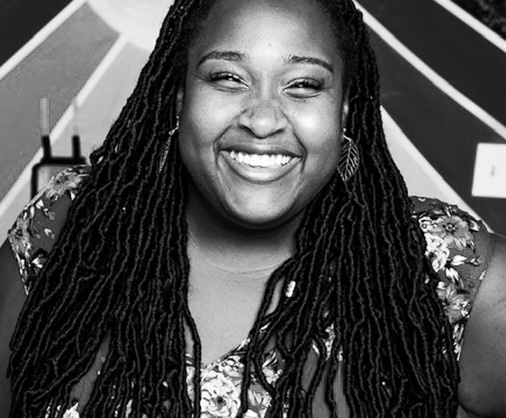 Victoria Vincent is a Columbus, OH native and a rising star in the Chicago Comedy Scene. She is a healthcare worker who brings a wild card ‘Why is She Here?’ vibe to both medicine and comedy, attempting to be the blacker hairier Patch Adams someday. Most recently, she was named one of the Just For Laughs New Faces in Montreal. Victoria is a regular feature at Zanies and Laugh Factory Chicago. She is the host & producer of Don’t Tell Comedy Chicago, has opened for the likes of Cameron Esposito, Bobcat Goldthwait, and was featured in the Chicago Reader.