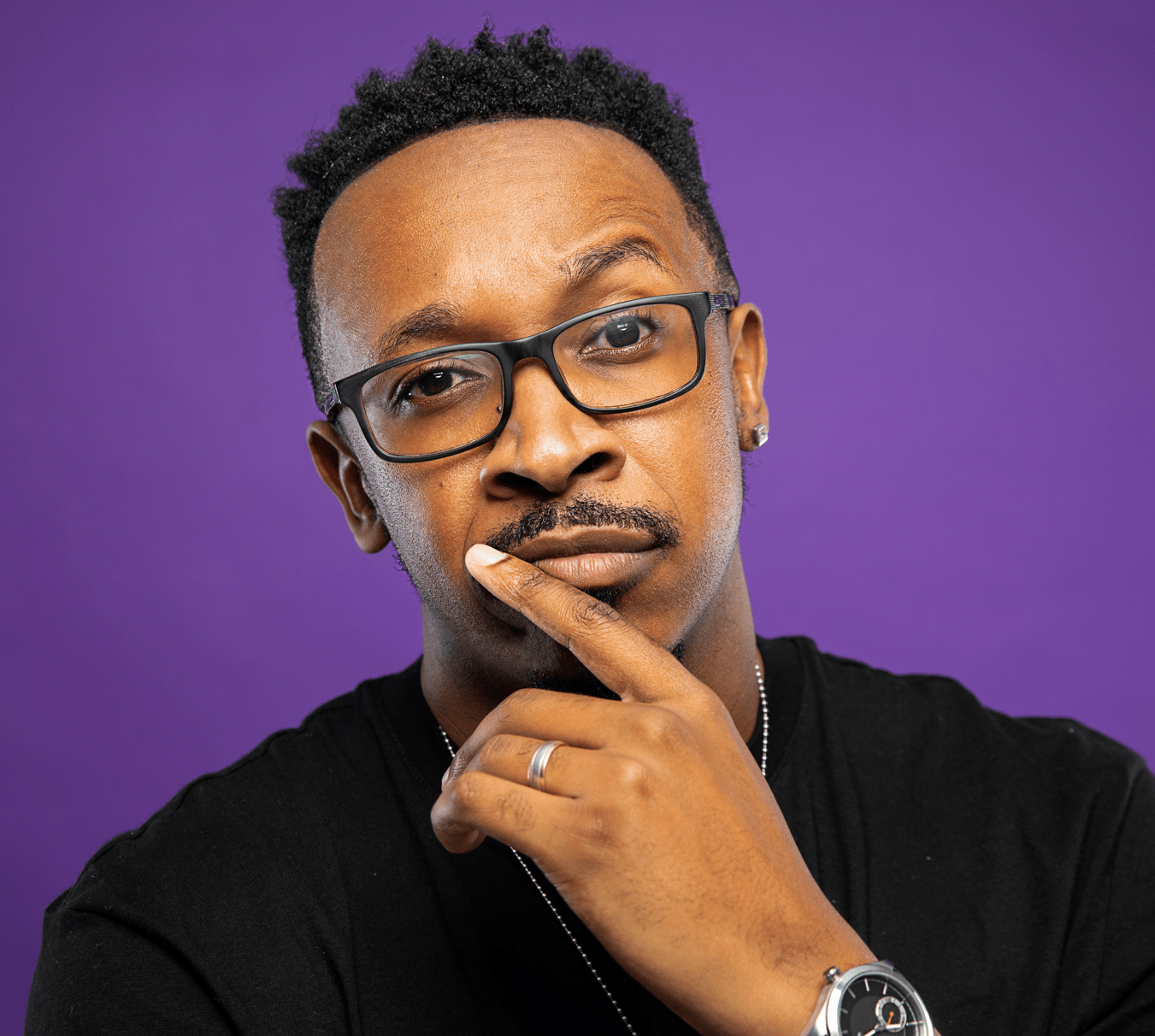 Travis Jay is a stand-up comedian, actor and radio presenter and Leicester Mercury Comedian of the Year nominee.

A phenomenal live act, Travis most recently performed his 2021/22 show Travis Jay Live to a sold out Bloomsbury Theatre, which was also filmed as a special and will be released in 2022. He has previously played to sold out crowds at the world-famous West End Palladium Theatre as part of the U Got Jokes Comedy show and performed alongside Dave Chappelle for Dave Chappelle and Friends directed by Stan Lathan in 2018 which subsequently led to him supporting Chappelle in London as part of his world tour. Travis made his Edinburgh Fringe debut in 2019 with his show Funny, Petty, Cool which achieved widespread critical acclaim and recently supported Britain’s Got Talent golden-buzzer winning comedian Kojo Anim on his UK tour in 2020.

On television, Travis is a regular on Late Night Mash (DAVE), and as a writer and voice artist for the rebooted Spitting Image (Britbox) and has appeared on shows including Stand Up Sketch Show (ITV2), Mo Gilligan: Black, British & Funny (Channel 4) and Drunk History and Comedy Central Live (Comedy Central).

Travis plays teacher Theo, in the second series of Princess Mirror-Belle for CBBC. He will be appearing in the upcoming series of Deep Fake Neighbour Wars for ITVX. Travis is currently shooting for an upcoming Netflix original series.