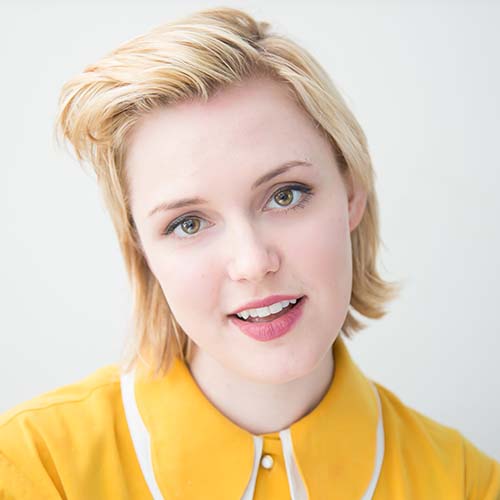 Tessa Skara is a stand-up comedian, actor, writer, musician, and gay idiot originally from Vancouver, BC, Canada. You can see her on Crashing, The Detour, High Maintenance, and Little America, and she can be heard on episodes of The Harper House, for Paramount+, which premiered summer of 2021. Previously, she was a part of the musical sketch group Pop Roulette, with whom she was named one of Comedy Central’s Comics to Watch, performed at sketch festivals around North America, and whose musical “Amazing Earth” ran for a year at UCBT Chelsea and UCBT LA. In 2020, Tessa was selected for the CBS Comedy Showcase in Los Angeles.
Twitter: @tessaskara
Instagram: @tessafuckinskara