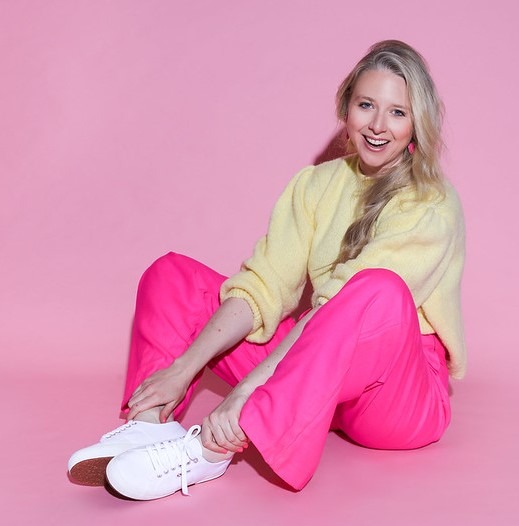 Tessa Coates is a writer, performer, comedian and podcaster.

Tessa performed her third sold-out solo show ‘Get Your Tessa Coates You’ve Pulled’ at the Edinburgh Fringe Festival in 2022, and is gearing up for a nationwide tour and Soho run in 2023.

Tessa‘s second show, ‘Witch Hunt’, was adapted into her Radio 4 stand up special, Resting Witch Face. Her debut show, ‘Primates’, was adapted for US television and sold in a competitive situation to ABC, with Greg Daniels and Howard Klien of the American Office attached to executive produce.

Tessa co-hosts the critically acclaimed and award-losing podcast Nobody Panic, and last year published a companion book of the same name.

Tessa was one third of cult sketch group Massive Dad, alongside Stevie Martin and Liz Kingsman, and was tour support for Nish Kumar: Your Power, Your Control.