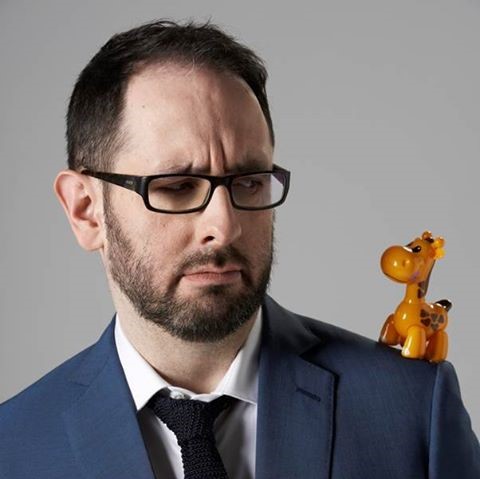 Steve Hall is a stand-up comedian and writer. He is a regular writer on The Russell Howard Hour (Sky One), and has supported Russell on his international tours, Round the World and Respite.

Steve has written on five series of Russell Howard’s Good News (BBC2) as well as numerous other programmes, such as Russell Howard’s Stand Up Central (Comedy Central), A League of Their Own (Sky), and The Now Show (BBC Radio 4). He is a regular guest on The Frank Skinner Show (Absolute Radio) and has appeared as a panellist on The Rest is History (BBC Radio 4).

Steve was one third of the critically lauded sketch group We Are Klang alongside Greg Davies and Marek Larwood, who were nominated for the Edinburgh Perrier Award in 2006, and the 2007 Barry Award at Melbourne Comedy Festival. Steve wrote and starred in the group’s sitcom series for BBC3 in 2009.