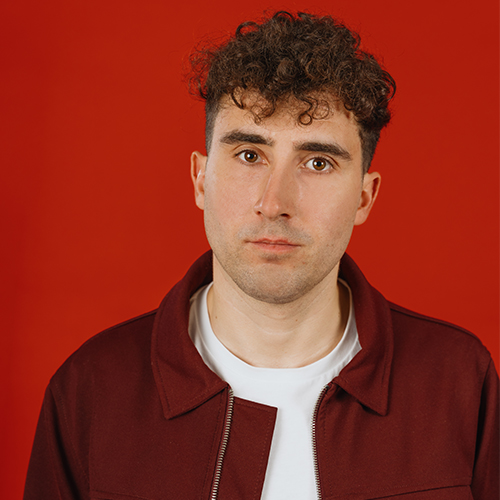 Steve Bugeja is one of the circuit’s most exciting comedians, writers and performers. Steve co-created and co-wrote the ITV2 sitcom Buffering with Iain Stirling. A second series of the fresh new comedy showcasing Iain and Steve’s brilliantly funny and razor-sharp millennial voices will air in January 2023.

A prolific writer, Steve is the head writer for Iain Stirling’s CelebAbility (ITV2) and was a key member of the writing team for The Russell Howard Hour (Sky One). He has contributed material to Mock the Week (BBC2), 8 Out of 10 Cats (Channel 4) and BBC Radio 4.

Making a name for himself internationally, Steve has twice been invited to perform at the Melbourne International Comedy Festival, appearing on Opening Night Comedy Allstars Supershow (ABC1) and on Comedy Up Late (ABC1).

Steve won the BBC New Comedy Award in 2013 and has since performed numerous Edinburgh Fringe shows and national tours.

“Bugeja has an eye for original comic detail that’s all his own.’” – The Guardian