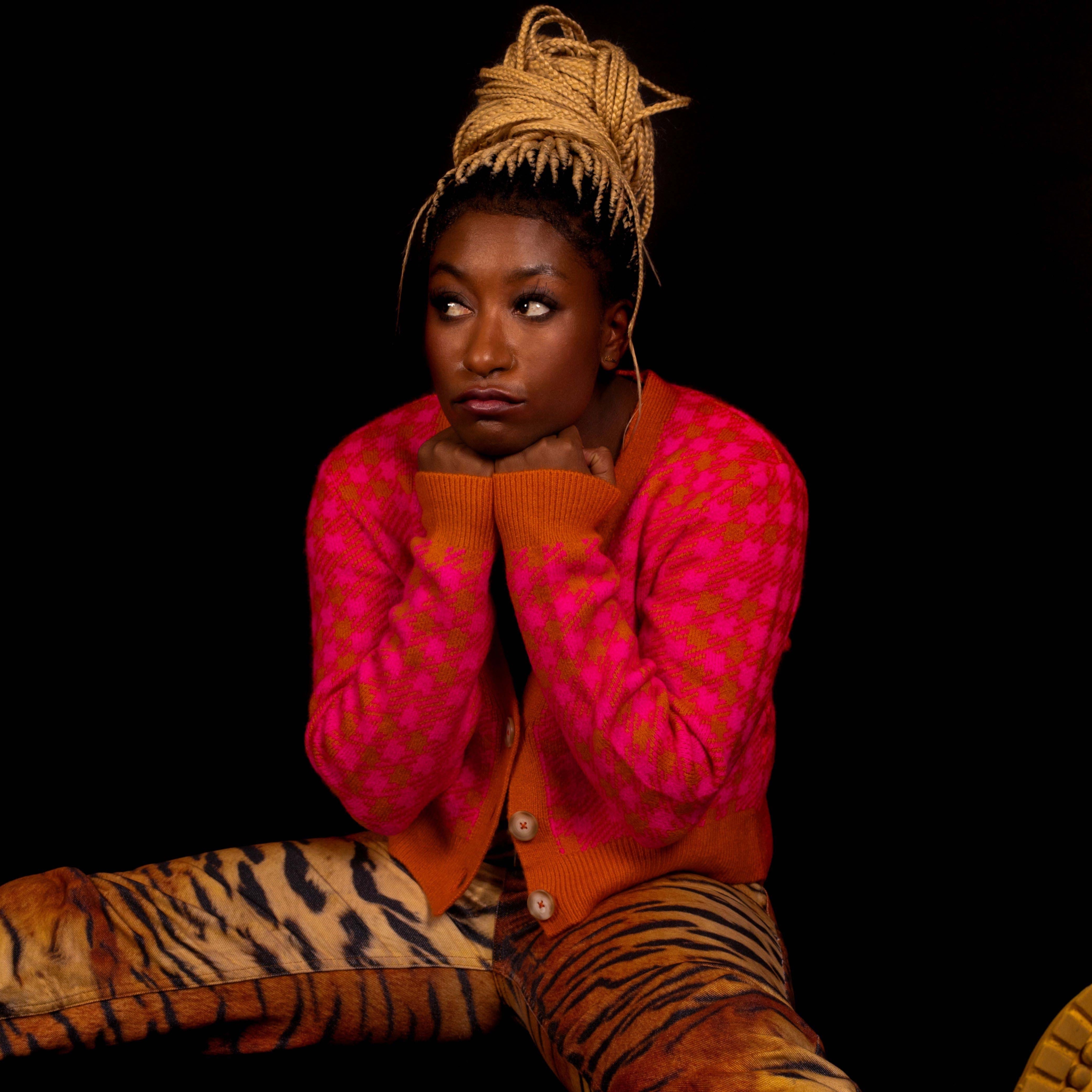 Sophie Duker is a comedian and writer whose favourite things include breaking hearts, taking names and telling jokes with the confidence of a cis straight middle-class white man. Her Edinburgh Fringe Show, Venus, saw her nominated for the Best Newcomer award and gained critical acclaim and five star reviews, leading to a two week sold out run at Soho Theatre.

Sophie is a regular guest on Frankie Boyle’s New World Order (BBC2). She has appeared on Live at The Apollo (BBC2), Mock the Week (BBC2), 8 Out of 10 Cats Does Countdown (Channel 4) and Hypothetical (Dave). Sophie is the winner of the 13th series of Taskmaster (Channel 4).

Sophie won the 2021 Funny Women Best Comedy Writer Award, as voted by producers, head writers and executives across the industry. She was one eight comedians selected to be a part of Just For Laughs’ International New Faces line up for the 2022 Festival.