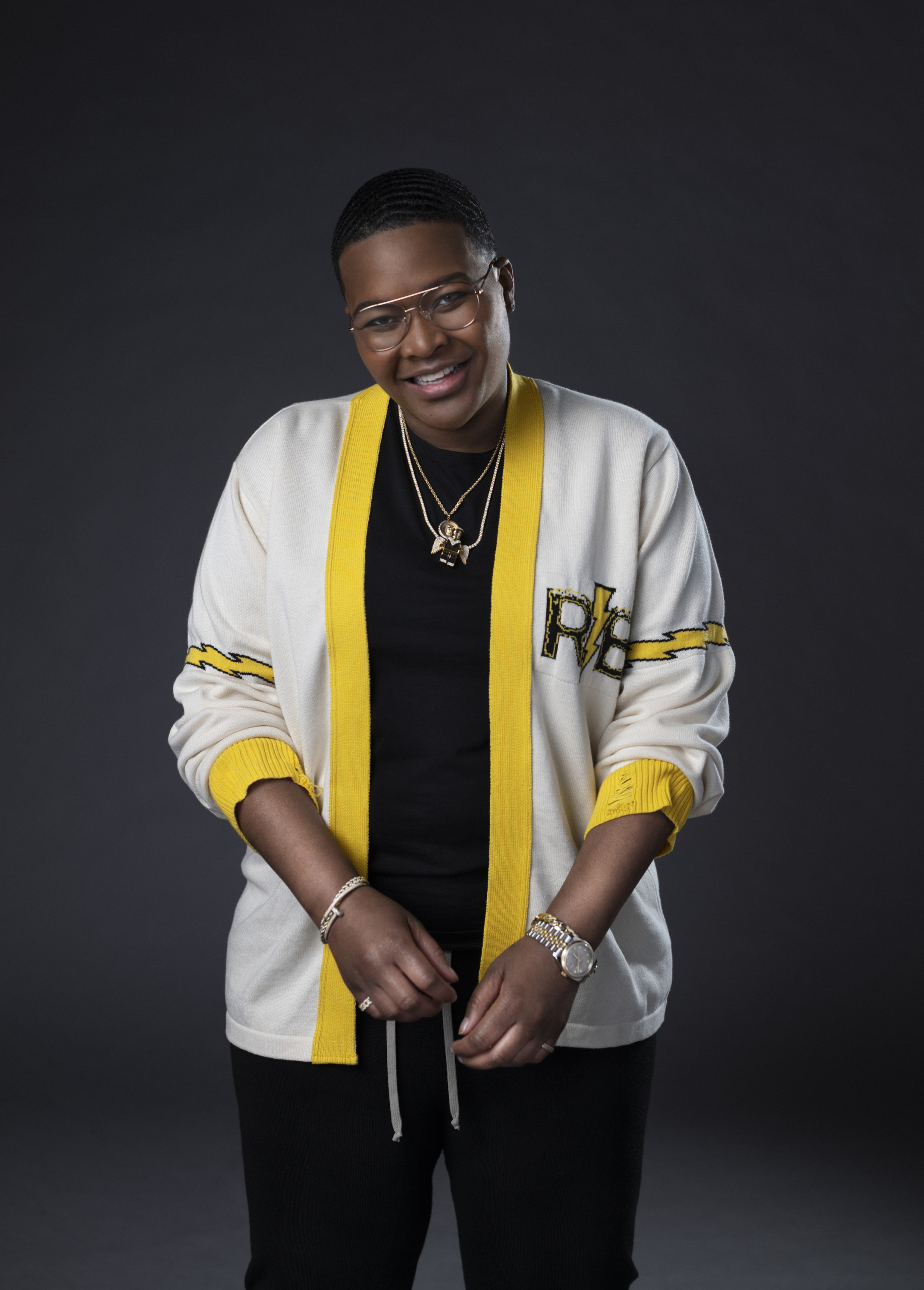 Stand-up comic and Emmy-nominated writer SAM JAY can currently be seen on season 2 of HBO’s Pause with Sam Jay, a weekly late-night series on which she serves as Host and Executive Producer. She can also currently be seen on the Peacock series Bust Down, which she co-created with co-stars Langston Kerman, Jak Knight, and Chris Redd. She is a two-time Emmy nominee and WGA award nominee for her writing on Saturday Night Live. In 2018, she wrote for The 70th Primetime Emmy Awards and the MTV Movie & TV Awards, and in 2020 she wrote for the BET Awards. Sam was named as one of Variety’s 10 Comics to Watch in 2018, and a Comedy Central Comic to Watch in 2015.

This year, Sam recorded a set as part of Netflix’s Stand Out: An LGBTQ+ Celebration, along with Margaret Cho, Sandra Bernhard, Billy Eichner, and Eddie Izzard—now streaming on Netflix. In 2020, Sam debuted her first one-hour stand up special Sam Jay: 3 in the Morning on Netflix. In 2019, Sam made her Netflix debut on The Comedy Lineup and released her album Donna’s Daughter through Comedy Central Records. In 2017, Sam was a standout of the Just For Laughs: New Faces showcase; made her late night debut on ABC’s Jimmy Kimmel Live!; and released her Comedy Central Presents half hour to rave reviews. Sam has performed internationally at comedy clubs and festivals including the Vodafone Dublin Comedy Festival, Bumbershoot Festival, 208 Comedy Festival, New York Comedy Festival, Portland’s Bridgetown Festival, The Laugh Your Asheville Off Comedy Festival, Boston’s Women In Comedy Festival, among others.

Sam can next be seen in You People, coming soon to Netflix, which she co-stars in alongside Eddie Murphy and Jonah Hill. Sam’s TV credits include her hosting role on Ricking Morty, the Rick and Morty post-show on Adult Swim. Additional TV credits include The Eric Andre Show; HBO Max’s That Damn Michael Che; MTV’s SafeWord; a recurring role on TV Land’s Nobodies; Starz’s Take My Wife, Comedy Central’s White Flight, Crank Yankers, The Meltdown with Jonah and Kumail, and Broad City; and Viceland’s Party Legends and Flophouse.

Sam is originally from Boston and currently resides in New York.