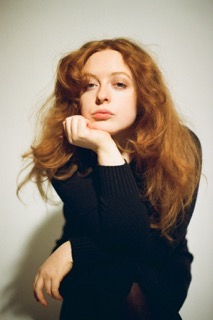 Ruby McCollister is a New York downtown legend, according to Time Out magazine! She’s also an actress and comedian who has appeared in CURB YOUR ENTHUSIASM, HIGH MAINTENANCE, SEARCH PARTY, and THE DEUCE. She can be seen in the films SCARY ON 61st STREET (dir. Dasha Nekrasova) and THE AFRICAN DESPERATE (dir. Martine Syms). She has been featured on podcasts such as Las Culturistas, Seek Treatment, and It Girl Theory, and has been written about in Vogue, Cultured Magazine, and Vulture. You can see her on tour this summer with Sarah Sherman of SNL and the upcoming feature THE FRENCH ITALIAN directed by Rachel Wolther.