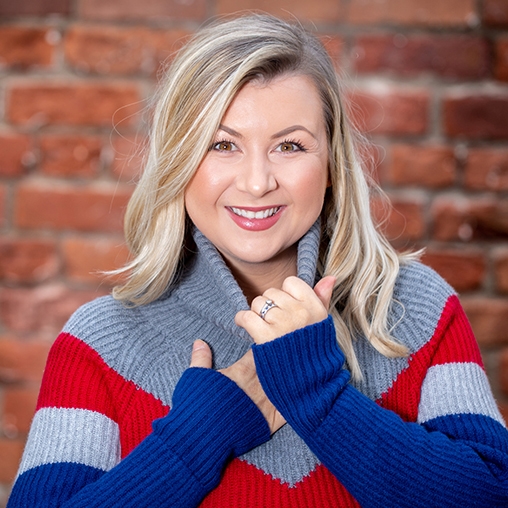 Rosie is an experienced presenter, actor, author and podcaster.

Rosie’s on-screen credits include interviewing WWE Superstar John Cena and Hollywood actor Lesley Mann for The Chris Ramsey Show on Comedy Central.  She has appeared on shows including The Sarah Cox show, Alan Carr’s Epic Game Show (ITV), Married to a Celebrity: A Survival Guide and Parenting for Idiots (Channel 4) and she has also co-hosted the drive-time show on Capital Radio in the North East, MC’d and performed at a huge number of live events as well as sharing the stage and duetting with global pop megastar Ed Sheeran.

Most recently, she has amassed an army of followers on Instagram, Twitter and Tiktok due to her hilariously real and brutally honest depiction of her everyday life. Rosie’s infectious personality and quick wit have led to her being a well loved and in demand interactive influencer working with a wide range of high-end brands.

Together with her husband Chris they co-host the wildly successful and critically acclaimed podcast Shagged. Married. Annoyed which is one of the UK’s most listened to podcasts, with more than 58 million downloads to date. It won both the Global Best Podcast award and the British Podcast Listeners’ Choice award in 2020.

The smash hit podcast pokes fun at arguments, parenting, relationships and other aspects of their married life. Every side-splittingly honest episode has the married couple chatting about life, relationships, annoyances, parenting, growing up and everything in between.

The live tour broke the record for the world’s biggest live podcast audience ever by selling out their hometown of Newcastle’s Utilita Arena as well as selling out their whole tour within just 60 minutes of going on sale! Their book was released in autumn 2020 and became a Sunday Time’s Best Seller!