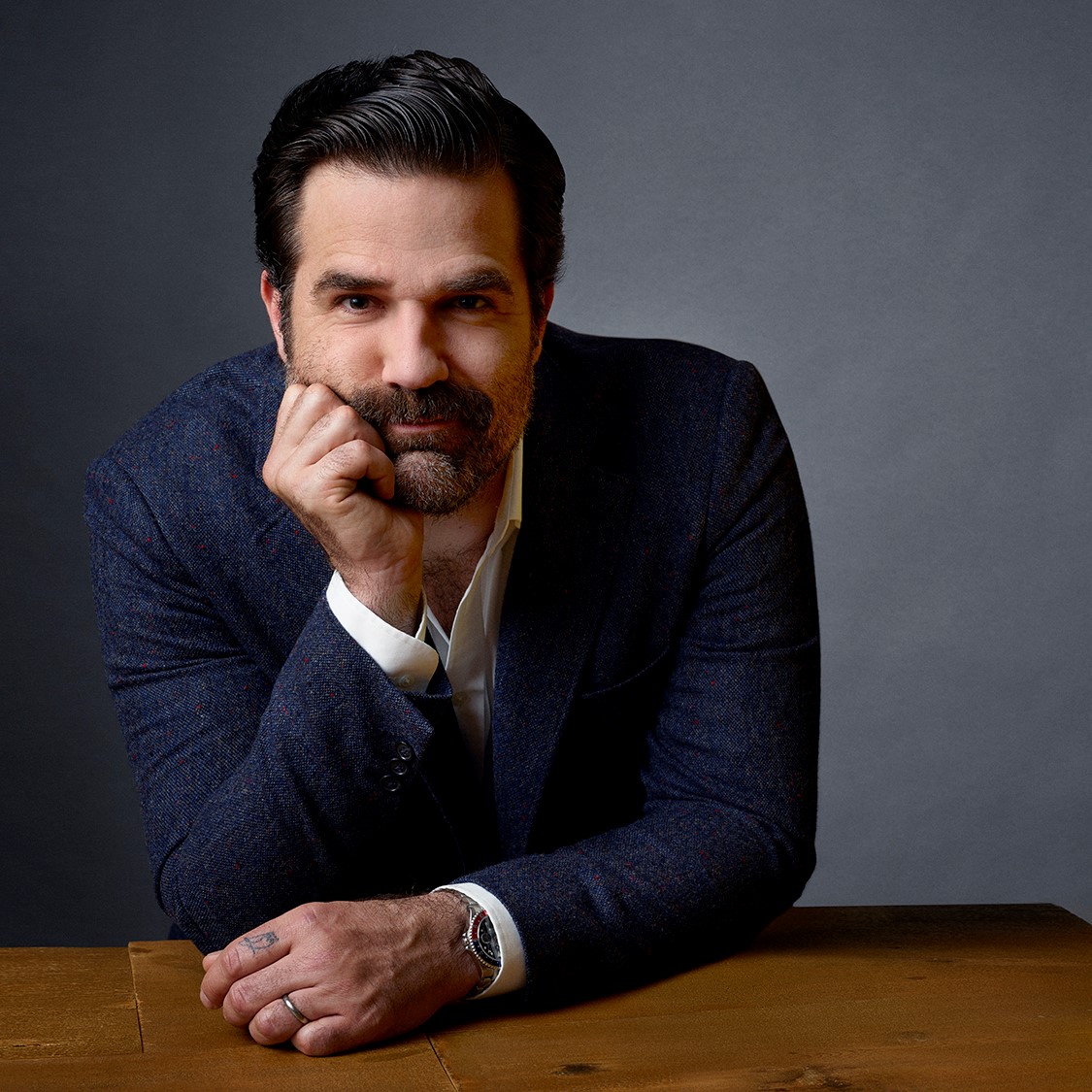 Rob Delaney is an American comedian, actor and writer. Rob is currently filming Showtime’s drama series THE MAN WHO FELL TO EARTH opposite Chiwetel Ejiofor and Naomie Harris. He recently wrapped Judd Apatow’s upcoming Comedy THE BUBBLE opposite Karen Gillian, Paul Feig’s SCHOOL FOR GOOD AND EVIL opposite Charlize Theron, as well as the next installment of MISSION IMPOSSIBLE opposite Tom Cruise and Hayley Atwell.  Later this Fall, Rob will be seen in both the highly anticipated HOME ALONE reboot opposite Ellie Kemper for Disney+ and Maya Forbes and Wally Wolodarsky’s latest film THE GOOD HOUSE opposite Sigourney Weaver, which will premiere at the 2021 Toronto Film Festival.

He most recently starred opposite Charlize Theron, Margot Robbie and Nicole Kidman in BOMBSHELL for Lionsgate in addition to a  hilarious supporting role in FAST & FURIOUS: HOBBS & SHAW. Rob is widely known as the co-creator and co-star of the critically acclaimed Channel 4 and Amazon Prime comedy CATASTROPHE, which broadcasted for four seasons in over 130 countries around the world. In 2016, Rob was nominated for a Primetime Emmy alongside his co-creator, Sharon Horgan, for Outstanding Writing for a Comedy Series.

In 2018, Rob was a breakout star as the fan favorite “Peter W.” in DEADPOOL 2 – the newest (and beloved) member to the X-Force who has no powers but “just responded to the ad.” Also in 2018, Rob hosted Comedy Central UK’s ROB DELANEY’S STAND UP CENTRAL, an eight-episode stand-up comedy showcase.

In 2013, Rob’s first novel and bestselling memoir, ROB DELANEY: MOTHER WIFE SISTER HUMAN WARRIOR FALCON YARDSTICK TURBAN CABBAGE was released by Spiegel & Grau in the US, and by Little Brown in the UK.

In 2012, Rob was named one of Variety’s Top 10 Comics to Watch. He’s also been listed as one of The Funniest People on Twitter on such sites as the Rolling Stone, Huffington Post, Vice Magazine, Paste Magazine, Comedy Central, and Funny or Die.

Rob’s debut one hour special, Rob Delaney: Live at the Bowery Ballroom, is available on Netflix and from Comedy Central Records. He currently resides in London and regularly performs stand up across the world.