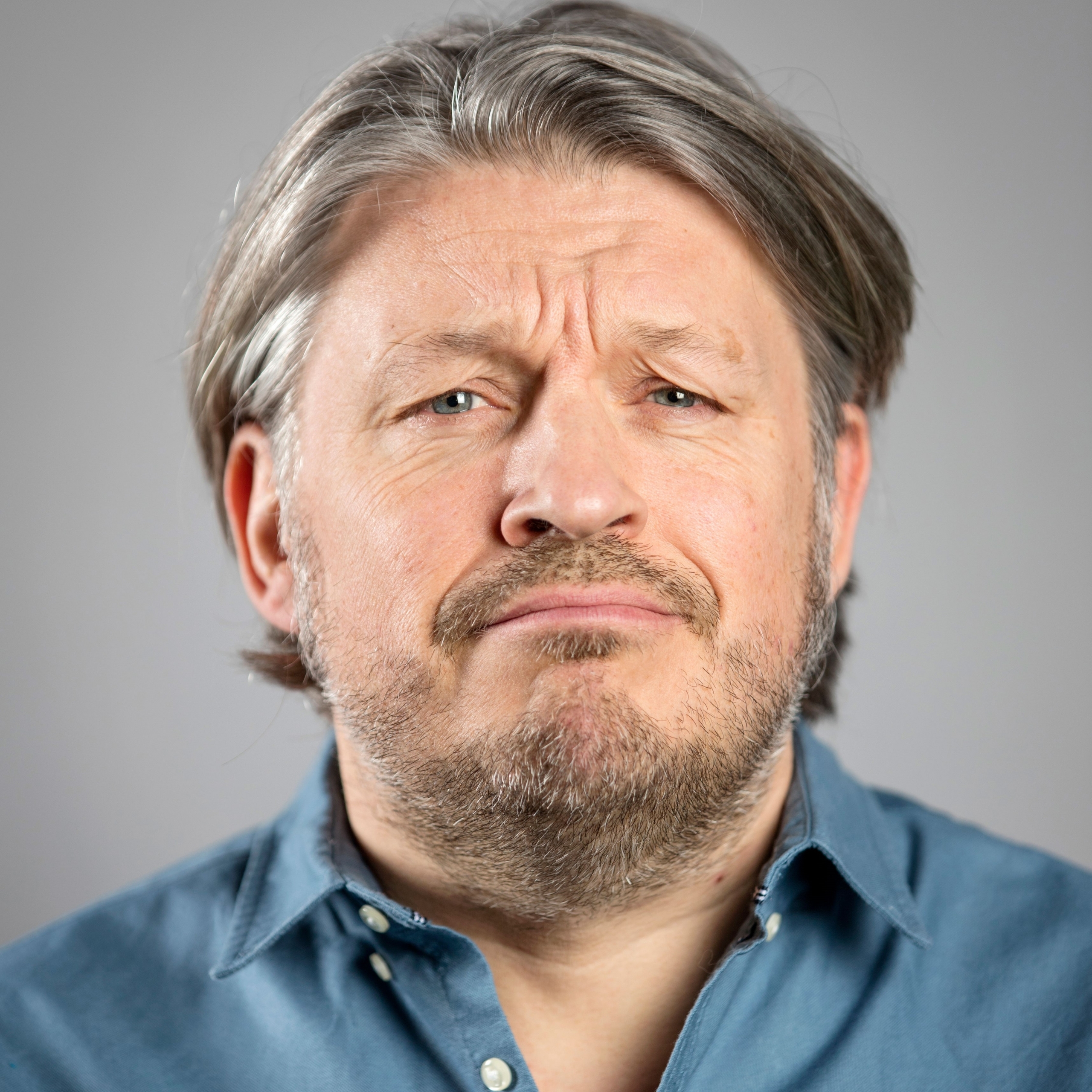 Richard Herring has enjoyed phenomenal success as a writer and performer and is an innovator in the world of podcasts.

As one half of the comedy duo Lee & Herring, Richard Herring wrote and performed in shows such as Lionel Nimrod’s Inexplicable World (BBC Radio 4), Fist of Fun (BBC Radio 1/BBC Two) and This Morning with Richard Not Judy (BBC Two). With Al Murray, Richard devised and wrote 37 episodes of the sitcom Time Gentlemen Please (Sky One/Paramount) for Al’s alter ego The Pub Landlord. Richard also wrote and starred in the comedy drama You Can Choose Your Friends (ITV1), and wrote and performed two series of Richard Herring’s Objective for BBC Radio 4. The third series of Richard’s comedy drama, Relativity, now into it’s fourth series, was released on BBC Radio 4 in 2020.

Richard was a contestant on Series 10 of Taskmaster (Channel 4) in 2020. Following this he came second in Taskmaster Champions of Champions which will be released in 2022. He has previously appeared as a guest on shows including Alan Davies’ As Yet Untitled (Dave), Pointless – Celebrities (BBC One), House of Games (BBC2), Argumental (Dave), Set List (Sky Atlantic), Roast Battle (Comedy Central), Have I Got News For You (BBC One) and Never Mind the Buzzcocks (BBC2).

In 2020 he released his latest book ‘The Problem With Men: When is International Men’s Day and Why It Matters’. Following this he has released his book Would You Rather? in 2021 and in 2022 will release his book Can I Have My Ball Back? which centres around his experiences of being diagnosed with testicular cancer.

Richard is often referred to as ‘The King of Edinburgh’ having performed 16 stand-up shows at the Fringe, as well as writing and appearing in a number of critically acclaimed plays, including Rasputin, Punk’s Not Dead, Excavating Rita and It’s Not the End of the World.