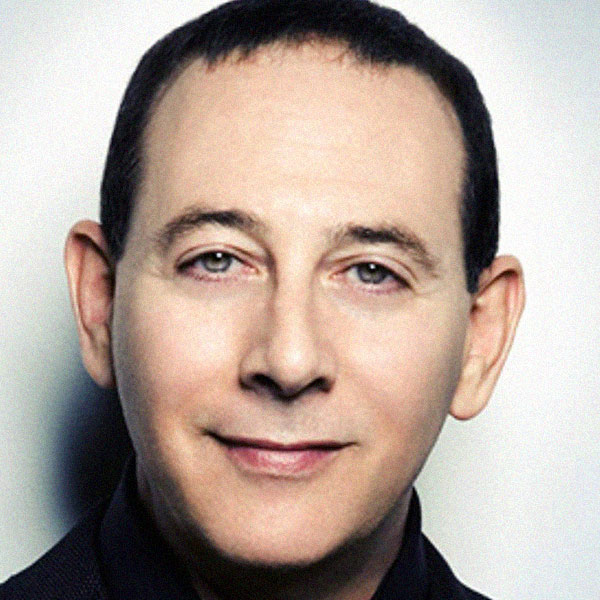 Paul Reubens decided to become an actor at age 5, after seeing an elementary school Indian pageant, The Legend of Leelawallah. His father built him a stage in the basement of their house in Oneonta New York and Paul wrote, produced and starred in plays he performed for the neighborhood. The family moved to Sarasota Florida, winter headquarters of Ringling Brothers Circus, and in 6th grade, Reubens stepped onto a real stage for the first time as Nick Burns in A Thousand Clowns.

Reubens was voted ‘Most Talented’ in his senior class, and upon graduation from Sarasota High School, he attended Boston University’s School of Fine and Applied Arts in the acting program. After a year in Boston, he moved to California to be part of the theater department at the new dream school of Walt Disney, California Institute of the Arts.

After college, Reubens joined the Los Angeles improv group The Groundlings. It was there that he created his iconic alter ego Pee-wee Herman. Over the next couple of years, Pee-wee steadily grew from a cult following to pop culture phenomenon. Reubens went on to produce the Groundlings’ first stand-alone stage production, The Pee-wee Herman Show. Premiering at midnight at The Groundlings Theatre in 1981, the sold-out show moved to The Roxy on Sunset Strip where it ran for an unprecedented five months. The HBO ‘On Location’ production of the show introduced Pee-wee to a national audience.

Numerous appearances with David Letterman on Late Night were followed by a 22-city Pee-wee Herman tour which included the legendary Guthrie Theater in Minneapolis and New York’s Carnegie Hall.

Pee-wee was brought to the big screen in the hit 1985 comedy Pee-wee’s Big Adventure, which Reubens co-wrote and marked Tim Burton’s directorial debut. The following year, Reubens went on to create, co-write and co-direct Pee-wee’s Playhouse on CBS. The series earned 22 Emmy® Awards during its five year run.

Pee-wee returned to the big screen in Big Top Pee-wee, directed by Randal Kleiser. Reubens co-wrote and co-produced the film.

In 1986 Pee-wee Herman was made an honorary Muppet and in 1988 received a star on The Hollywood Walk of Fame. Pee-wee also became an honorary Marine in conjunction with his work with Toys for Tots. He is the recipient of a Slammy Award for his guest star appearance on WWE Raw.

In 2010, Reubens produced, co-wrote and starred in an updated revival of The Pee-wee Herman Show at Club Nokia in Los Angeles. From there, the show went to Broadway, opening to rave reviews at The Stephen Sondheim Theater. The New York Times called it, “Yummier than chocolate”, New York Post proclaimed, “the audience screams for joy!” and New York Magazine said, “Welcome back, Pee-wee! You were sorely missed”.

Three decades after his first HBO special, Reubens returned to the network with an exclusive version of the hit Broadway show. The Pee-wee Herman Show on Broadway was nominated for an Emmy® that year for Outstanding Variety, Music Or Comedy Special.

In 2015, Reubens teamed with Judd Apatow to produce the third Pee-wee film, Pee-wee’s Big Holiday. The Netflix movie was written by Reubens and Paul Rust, and co-starred Joe Manganiello.

Reubens’ work as an actor outside of Pee-wee, includes an assistant from hell on the classic sit-com Murphy Brown. That performance, the producer-wannabe nephew of a network president, earned him an Emmy nomination as Outstanding Guest Actor in a Comedy Series. Reubens has been nominated for 14 Emmy® Awards, winning twice.

In the first season of 30 Rock, he played Prince of Austria, Duke of Thuringia and Earl of Westphalia, Gerhardt Von Hapsburg. On The Blacklist, he was Mr. Vargas, an assassin who gets faint at the sight of blood. In Gotham, he is The Penguin’s father, Elijah Van Dahl. He played the same role in Tim Burton’s Batman Returns as the father of Penguin Danny Devito. In Steven Soderbergh’s HBO limited series Mosaic, he was JC Schiffer, best friend to the shows star, Sharon Stone.

Reubens’ other diverse television roles include Pushing Daisies, Reno 911, Everybody Loves Raymond, Portlandia, The Conners and What We Do In The Shadows.

His other film credits include The Blues Brothers, Cheech and Chong’s Nice Dreams, Buffy the Vampire Slayer, Matilda, Mystery Men and Todd Solondz’s Life During Wartime.

Reubens has lent his voice to many animated projects including The Nightmare Before Christmas, Star Wars Rebels, Teachers Pet, Family Guy, American Dad, The Smurfs, Batman: The Brave And The Bold, Tron: Uprising, Call of Duty: Infinite Warfare, Robot Chicken and Minecraft: Storymode. He can currently be heard at Disneyland and Disneyworld as the voice of DJ-R3X, the droid pilot turned DJ in Oga’s Cantina at Galaxies Edge.

Reubens is currently writing his memoir, putting the finishing touches on two more Pee-wee movie scripts and developing projects for television, including a variety show and a western called ‘Fancypants’.

If you are visiting Hollywood California, Pee-wee Herman’s star on Hollywood’s Walk Of Fame, is located at 6562 Hollywood Boulevard.