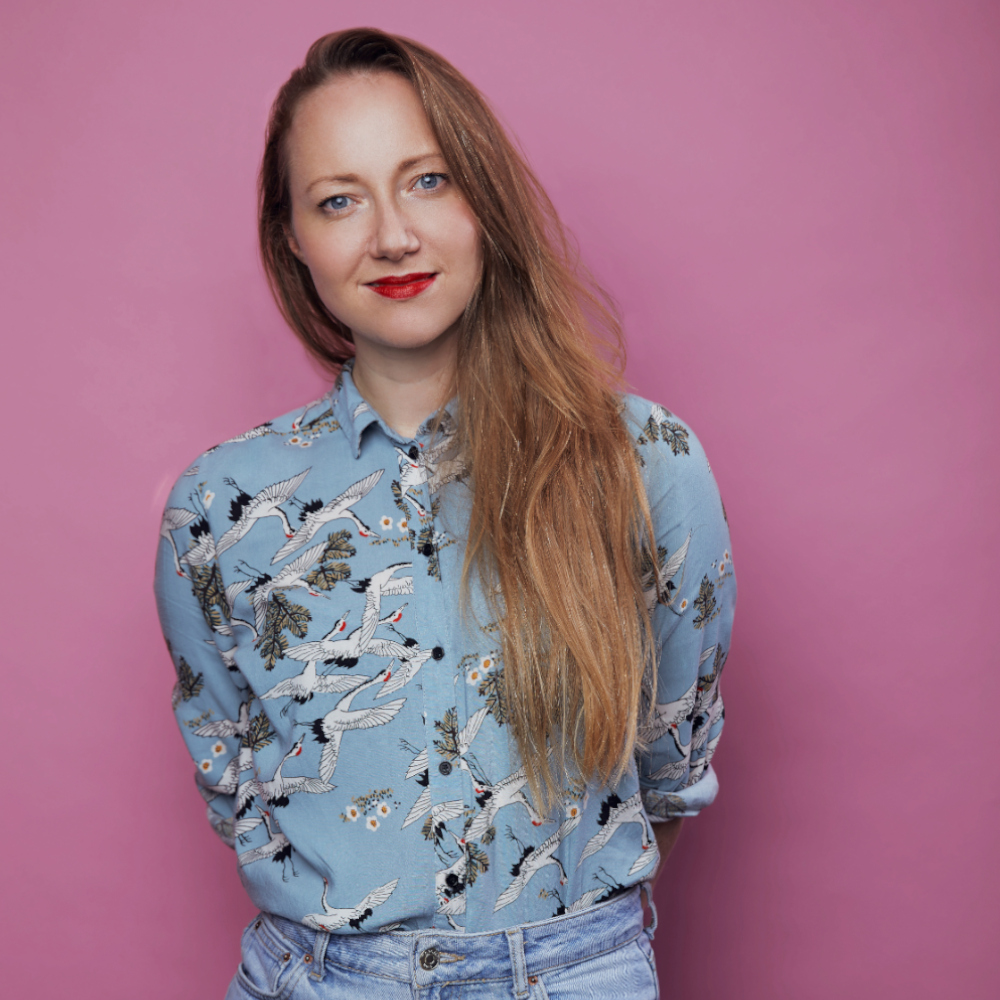 Natasha Hodgson is an award-winning writer, actor, comedian and singer, and one part of the dark comedy troupe Kill The Beast and new musical theatre writer-performers SpitLip.

In 2020, Natasha created and wrote her first scripted series for BBC Sounds, The Sink, which she also stars in alongside Alice Lowe, David Elms, Celeste Dring and Jason Forbes. The show was a huge success receiving five star reviews, a nomination for Best Podcast/Online Audio at the Audio Drama Awards 2021 and was named one of the Top 20 Podcasts of 2020 by The Guardian. Her TV writing credits include the BAFTA award-winning Amazing World Of Gumball and Bravest Warriors, created by Adventuretime’s Pendelton Ward. Her other performance credits include appearances on The Now Show, Newsjack Unplugged, Tom Neenan is Not All Men, Tech Tech Boom and Front Row on BBC Radio 4 and The Beef and Dairy Network podcast and she has also worked with major brands, most notably writing and performing Lidl’s 2020 Christmas advertising campaign.

In 2019, SpitLip launched their first musical, Operation Mincemeat, the fast-paced, hilarious and unbelievable true story of the twisted secret mission that won us World War II, which Natasha co-wrote and co-stars in. The show opened in London’s New Diorama Theatre in 2019 to rave reviews, sold out its entire run and secured five ‘Off West End Awards’ nominations, won the Stage Debut Award for Best Composer/Lyricist and was named by The Observer as one of the Top 10 shows of 2019. It reopened at the Southwark Playhouse in January 2020 for another sold out run following further redevelopment during the pandemic the show reopened at the South Playhouse main run for WIP run before announcing a seven week extension..

Kill the Beast’s credits include sell-out national tours, BBC Radio 3, and a Stage Edinburgh Award 2016, the Manchester Studio Theatre Award 2015 and the Peter Brook Fringe Award 2016. They have a scripted podcast, Eglantine Whitechapel: Supernatural Detective,  and were commissioned to be one of the launch projects in Fremantle’s Storyglass podcast start-up with their scripted comedy series Who Exploded Vivian Stone?.

She is also part of glam-rock band Felix Hagan And The Family, recently supporting punk-folk star Frank Turner on a UK tour. Their debut album reached top 5 in the iTunes Rock Chart.