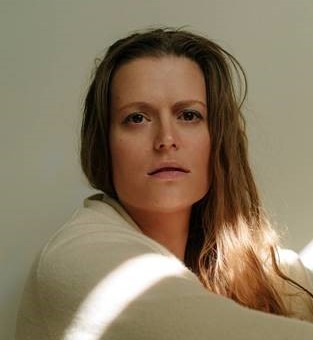 Marianna Palka: IndieWire listed Marianna as one of the “20 Rising Female Filmmakers You Need to Know.” From an acting standpoint, Marianna is best known as being a on Emmy winning and SAG award nominated GLOW for Netflix, where she can next be seen Seasons 1, 2 and 3. Marianna can next be seen in as the lead in MISSISSIPPI REQUIEM opposite James Franco, and and can also be seen in acting in GOOD OMENS (Amazon/BBC) and can also be seen playing Jemima Kirke’s sister in GIRLS for HBO and Lena Dunham. Marianna’s last directed film EGG premiered at Tribeca 2018, starring Christina Hendricks and Anna Camp which recently had a limited theatrical release with a 100% Rotten Tomatoes rating. Marianna is also the first female director to be hired to direct two episodes of HAPPY! Season 2 for SyFy. Her previous film BITCH (now on Netflix, produced by Elijah Wood), which Marianna wrote, directed and starred in premiered at Sundance 2017 and also starred Jason Ritter and Jamie King (trailer below). Her previous award winning film GOOD DICK, which Marianna also wrote, directed and starred in competed in the Dramatic Competition at Sundance in 2008. Sean Connery gave her the directing award for GOOD DICK. The New York Times said “the film surmounts its indie-movie quirkiness with exceptional acting and a sincere belief in the salvation of its wounded characters.. Lucy Walker made a documentary with Marianna titled THE LION’S MOUTH OPENS (Sundance HBO 2014) The LA times called it “an espresso shot to the heart.” It was also shortlisted for Best Documentary Short at the 87th Academy Awards. The Oscar and Emmy nominations were directly related to Marianna’s bravery as an artist. Marianna also hosted the 2019 Sundance Awards Ceremony! As well as acting in Restive, Neds opposite Peter Mullan.