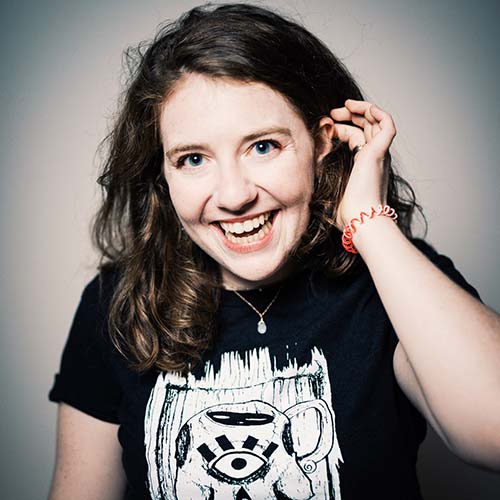 Originally from North Carolina and residing in NYC, Maddie Wiener is a stand-up comedian with a style described as “irreverent humor … with a streak of brazenness,”  and “abrasive and likable at the same time.” At 22 years old, her stand-up has garnered attention online with over 6 and a half million views on Laugh Factory Hollywood’s Instagram page. Most recently, Maddie was selected as a “New Face” at the 2021 Just For Laughs festival and filmed a stand-up set for Comedy Central. She has appeared on You Up with Nikki Glaser on Comedy Central’s Sirius XM channel, was a 2018 semi-finalist for Stand-Up NBC, performed in the 2019 Limestone Comedy Festival, the 2019 Asheville Comedy Festival, and is a regular at Goodnights Comedy Club in her home state of North Carolina, as well as at Zanies Comedy Club and The Laugh Factory in Chicago, IL.