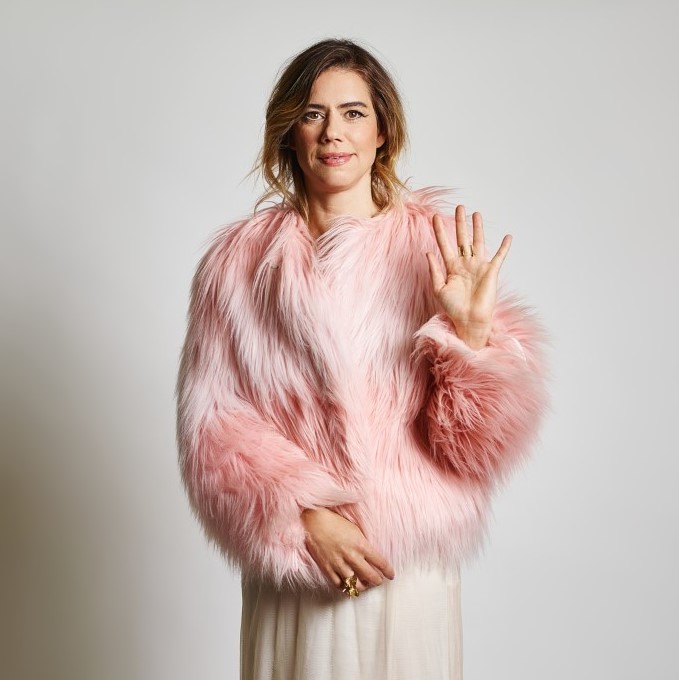 Lou Sanders is one of Britain’s most original comedians. She is the champion of series eight of Taskmaster (DAVE), co-hosts Mel Giedroyc’s Unforgivable (DAVE) and other recent television appearances include The Late Late Show with James Corden (CBS), Live at the Apollo (BBC), QI (BBC2), Travel Man: 48 Hours in… (Channel 4), Would I Lie to You? (C4), 8 Out of 10 Cats Does Countdown (Channel 4), Richard Osman’s House of Games (BBC), Hypothetical (DAVE), Aisling Bea’s sitcom This Way Up (C4), Roast Battle (Comedy Central), The Russell Howard Hour (Sky 1), Jon Richardson’s Ultimate Worrier (DAVE), Karl Pilkington’s sitcom Sick of It (Sky One), and frequently co-hosts live radio shows filling in for John Robins, Elis James and Ed Gamble.

Lou’s 2018 stand-up show Shame Pig received rave reviews, added extra shows at both the Edinburgh Fringe and sold out three separate runs at London’s Soho Theatre. The show subsequently toured and was named a top show to see by publications including The Guardian, The Scotsman, The List, The Mirror and The Evening Standard. Lou returned to Edinburgh with Say Hello To Your New Step-Mummy which again was critically-acclaimed, completely sold out, and went on to become Lou’s largest tour to date. She has also taken the show to LA and New York and is currently on tour with her new show One Word: Wow.