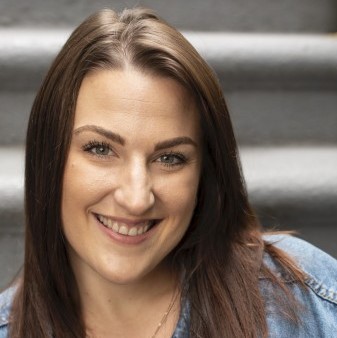 Lindsay Adams is your annoying inner monologue, brought to life by a woman from NJ who has a passion for pastries, cats, and yelling. Her stand-up is cutting and dark, yet equally silly. Lindsay is the host of multiple comedy shows around LA including a live baking comedy experience. She’ll eviscerate you, but then turn on herself in a way that’s utterly vulnerable and incredibly charming. Lindsay moved quickly through the ranks of the Chicago comedy scene, becoming a regular at the Laugh Factory and a favorite around town. She was featured in the TBS Just for Laughs comedy festival before she moved to LA, exclusively for the karaoke scene. She’s been seen on Oxygen, Fox, shared the stage with national headliners across the country, performed with Mortified in LA, Chicago, and San Francisco (Best of 2015) and has produced & been featured in several YouTube shorts. She produces Heat: A Comedy Show and Full Moon: A Gathering of Comedy and the Metaphysical.