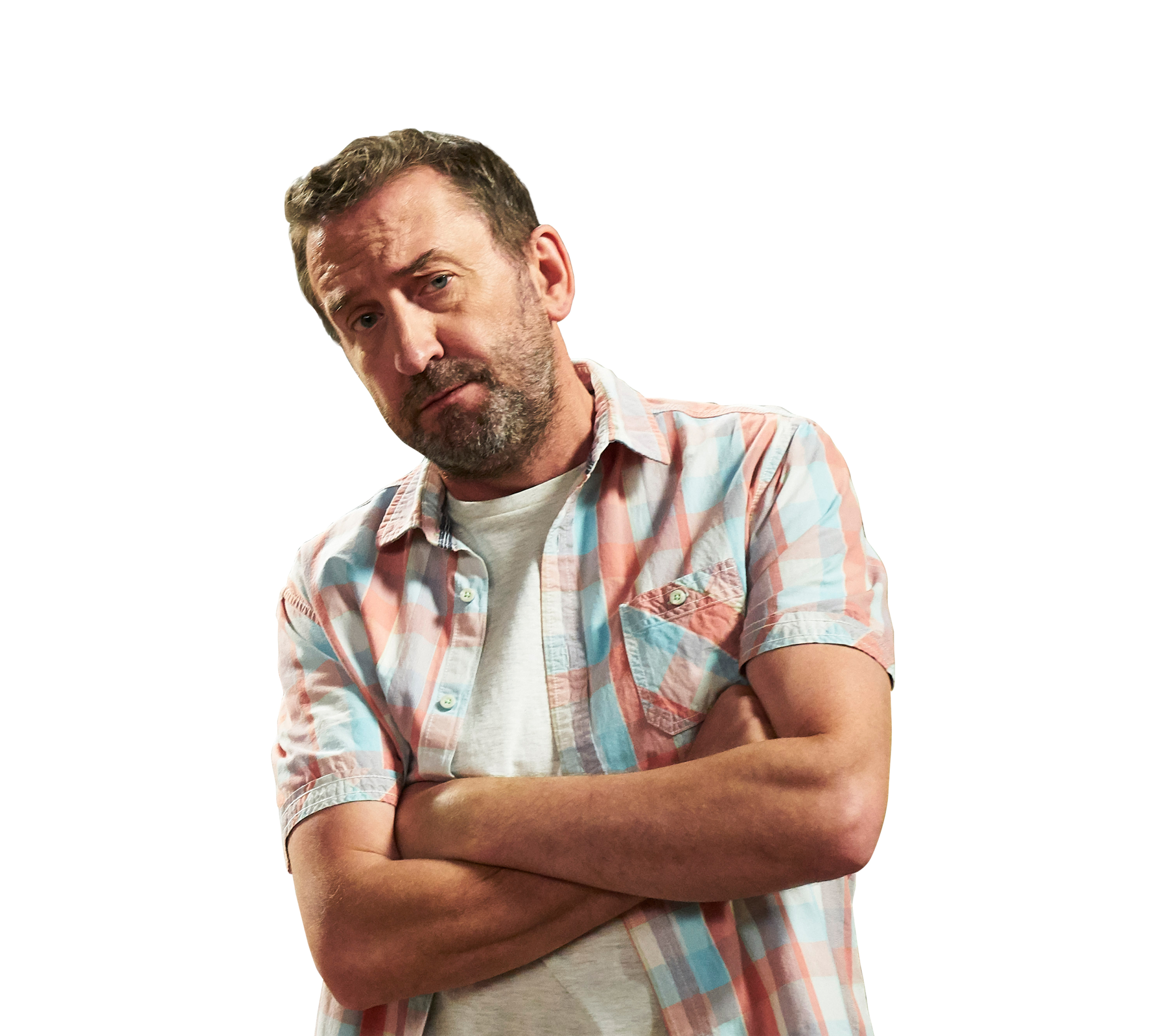 Lee Mack is one of the UK’s most recognisable and celebrated comics. His relentless determination to have fun is marvellously infectious, while his energy, finely crafted one-liners, and quick ad-libs create an elusive star quality. Exhibiting all of this while hosting the Platinum Jubilee Party at the Palace to over 13 million viewers. This year he also hosted the 94th Royal Variety Performance at the Royal Albert Hall.

April 2022 saw the launch of Lee’s Saturday night show The 1% Club on ITV1. Attracting over 4 million viewers with over 40% share, the show is a smash hit with views and critics alike –  “…doing something new on The 1% Club as he somehow manages to both befriend and offend those playing the game.” (Radio Times). This has be recommissioned for two further series.

Lee is a firm favourite with TV audiences. His sitcom Not Going Out (BBC One), which Lee stars in, writes and exec produces, is now the longest-running sitcom on British Television, has won the RTS Break-Through Award and the Gold Rose d’Or award for Best Sitcom and will see it’s 100th episode this year. As A team captain on Would I Lie To You (BBC One) alongside Rob Brydon and David Mitchell. Lee won the 2019 BAFTA TV award for his Entertainment Performance. This year he also co-hosted the celebrity survival of the fittest show Freeze the Fear with Wim Hof (BBC One) alongside Holly Willoughby.

Increasingly in demand as an actor Lee has appeared in Dr Who (BBC One), Murder They Hope (Gold) and Horrible Histories: The Movie – Rotten Romans (Altitude Films), as well as taking the lead in single camera comedy Semi-Detached (BBC Two). In 2018 he made his West End stage debut starring in Molière’s The Miser.

As well as being one of the best-known comedy faces on television, Lee is a brilliant stand-up and recently finished another sell out tour with David Mitchell and Rob Brydon across the country.