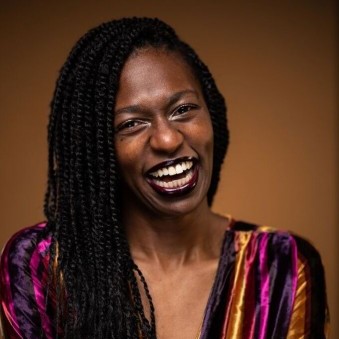 Katrina Davis is a stand-up from Jacksonville, Florida who sprang onto the Los Angeles comedy scene with a few 60-second sets on Kill Tony. She took on enough contenders in Roast Battle at The Comedy Store to be ranked among the top 50 battlers in 2018 and can been seen on America’s Got Talent as well as the Seed & Spark comedy special Everything is Fine. Katrina performs at shows regularly all-around LA and was honored to be named one of Time Out LA’s Comics to Watch for 2019.