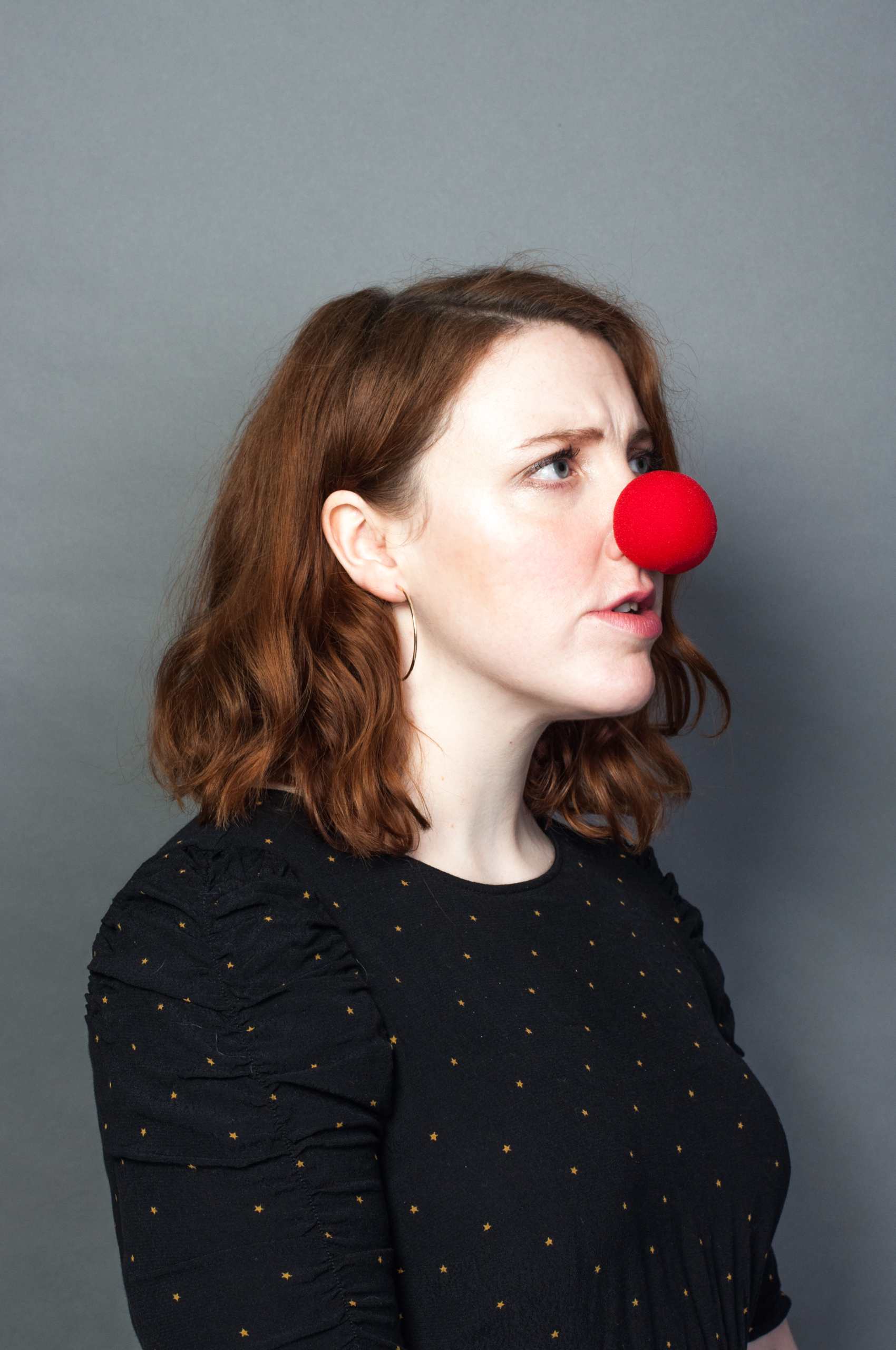 Katie is an award winning writer and comedian.

She’s done television warm up for This Time Next Year (ITV) Little Big Shots (ITV) and The 1000k Drop (Channel 4). She was the Voice over for Channel 4’s Can I Improve My Memory? She also co-presented the ITV2 broadcast pilot, Lovefix.

As an actor she’s appeared in Coronation Street (ITV) and got heat stroke wearing an Easter bunny suit in an advert for a supermarket.

She’s been a panellist on Radio 4’s Where’s the F In News? and CBBC’s The Dog Ate My Homework.

Katie was shortlisted for The Tobacco Theatre prize and won the inaugural Liverpool Hope Playwriting Prize for her play, Omnibus (**** ‘Very funny stuff”, The Stage).

She was a member of BEAM, a writers programme from Mercury Musical Developments. She is the co-book writer of #zoologicalsociety with fellow comedian, Vikki Stone which is a new musical commissioned by the Theatre Royal and Derngate Northampton. She is also writing the book for a new musical Southbound, currently in development.

Katie won The Kudos North award, an award in conjunction with BBC Writersroom and Kudos North productions. She was recently a member of the BFI’s, Film Hub North’s 2020 Scriptlab.