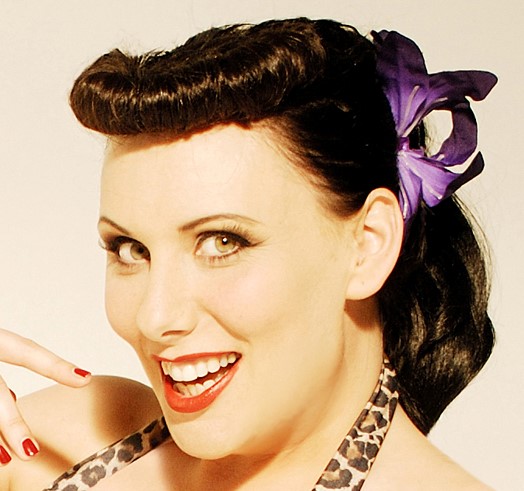 BAFTA winning Karen Taylor is regarded as one of the county’s most exciting comedy actresses. Initially making her mark for her writing and performing in the ITV1 hit comedy series, The Sketch Show starring alongside Lee Mack and Ronni Ancona.

Karen’s solo TV series, Touch Me, I’m Karen Taylor debuted on BBC Three, showcasing Karen’s particular brand of brassy comedy and saucy humour. It became one of the channel’s best performing comedy shows of recent years with characters like Miss Harper the inappropriate school mistress, Valerie Denton the cheap and cheerful TV beautician and peroxide maneater, Anna Nicole-Smithson with her 80 year old husband. A version of the show has been made for German Television.

On the big screen Karen impressed the critics with her portrayal of Connie Nicholson, a yummy mummy, in the hit film adaptation of Louise Rennison’s best seller Angus, Thongs and Perfect Snogging directed by the award winning, Gurinder Chadha (Bend it like Beckham).