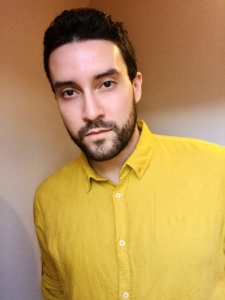 Jonathan Cerda-Rowell is a stand-up comedian and writer from Los Angeles. You may have seen his comedy featured in the all LGBTQ stand-up movie Out on Stage as well as in the upcoming show Top 5 on the Latino television network El Rey Network. He has also written for Billy on the Street (truTV), Roast Battle (Comedy Central), Talk Show: The Game Show (truTV), and Latino digital channel We Are MiTu. Jonathan was the runner-up at The Roast Battle Tournament at The World Famous Comedy Store as well as a “Comic To Watch” at RIOT L.A. He performs at comedy clubs, festivals, and colleges all around the country. You can listen to his podcast Living with Jonathan & Katy on Spotify, iTunes, and YouTube.