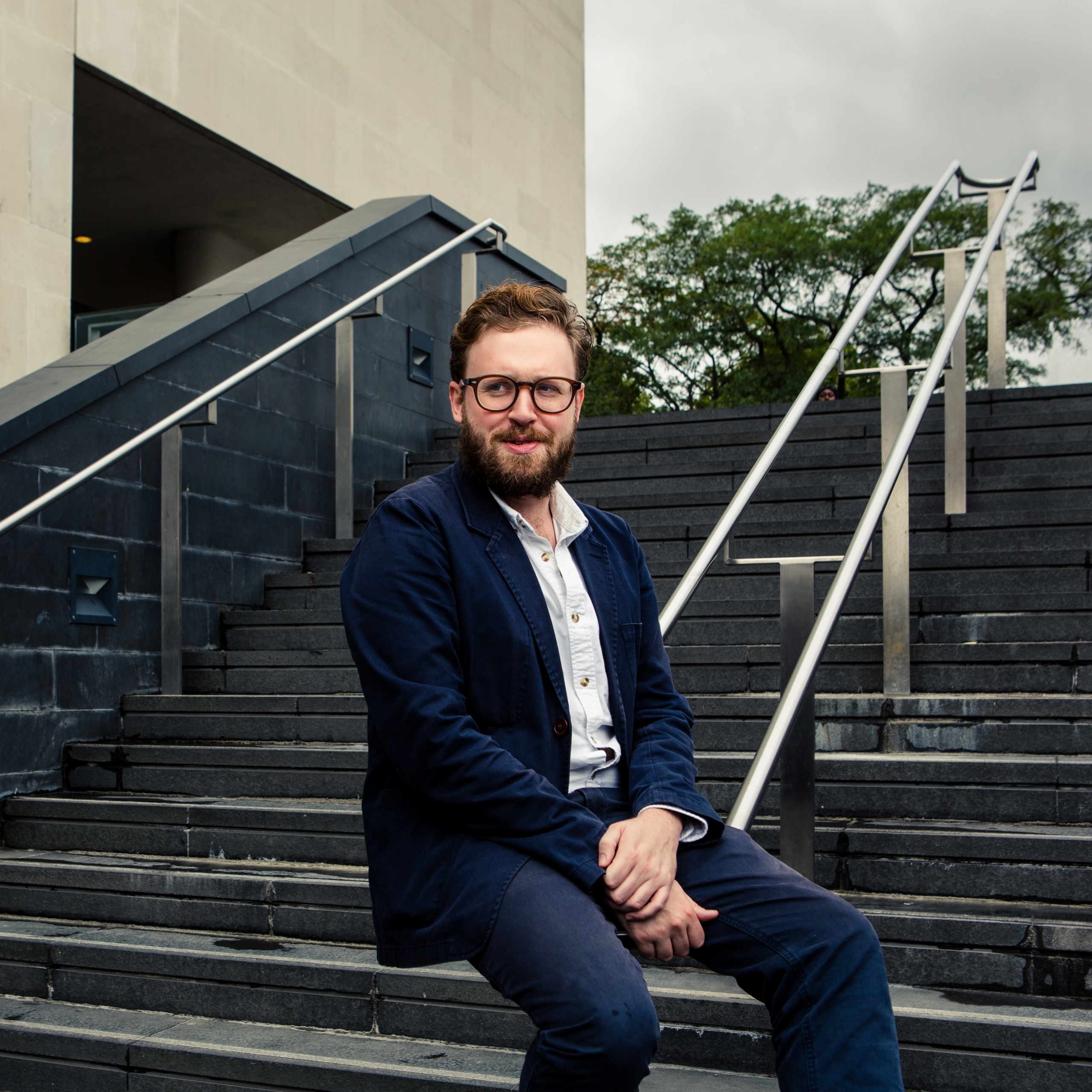 John Kearns is an actor, writer and the only comedian to have won both the Edinburgh Comedy Awards for Best Show (Shtick) and Best Newcomer (Sight Gags for Perverts) in the awards history.

An internationally acclaimed live act, he has delivered his ‘richly, idiosyncratic comedy’ (The Guardian) across the world, notably picking up two Melbourne Barry Award nominations, and twice-voted one of the Evening Standard’s 1000 Most Influential Londoners. Following sold out residencies at the Soho Theatre, Battersea Arts Centre and at the Edinburgh Fringe, he toured the UK with his third solo show, Don’t Worry, They’re Here, directed by Olivier winning playwright Jon Brittain. John’s latest show Double Take and Fade Away was hailed by critics as his finest yet, making numerous ‘best of the year’ lists including the Evening Standard and The List. The show had a sold-out Edinburgh run, two weeks at London’s Soho Theatre, and a UK tour.

Across the airwaves John entertained the nation on Christmas Day 2019 with A Very John Kearns Christmas (BBC R4), wrote and performed his own series The John Kearns Show (BBC R4), co-hosts the Microscope podcast with Mat Ewins, and has guested on Tim Key Delves into Daniil Kharms and That’s It (BBC R4), as well as hosting and guesting on numerous shows throughout the Edinburgh Fringe (BBC R4/R4 Extra).