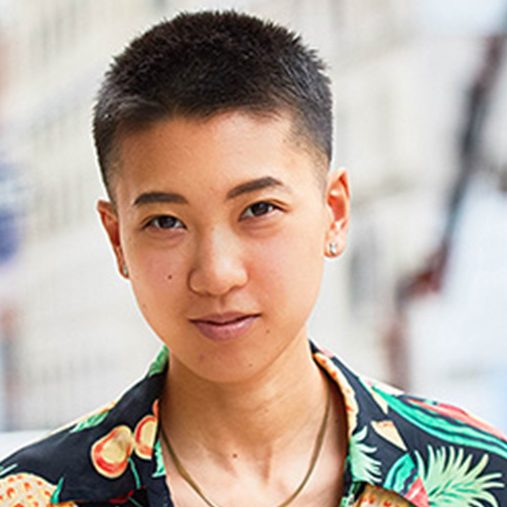 Jes Tom (they/them) is a New York based actor, writer, and weird queer stand up comic, gleefully providing the nonbinary queer Asian American radical cyborg perspective that everyone never knew they wanted. As a comic, Jes has shared stages with Awkwafina, Kate Bornstein, Aparna Nancherla, and Rosie O’Donnell. As an actor, they appeared in the Amazon short film Soojung Dreams of Fiji (AAIFF “Audience Award”) and played the lead in Anatomy of an Orchid dir. Sonja O’Hara (Independent Magazine’s “10 Filmmakers to Watch”). Their writing has been published by Reductress, By Shondaland, and Condé Nast’s Them. In collaboration with fellow comedian Chewy May, Jes Tom wrote, co-directed, and starred in the viral video Ghost In The Shell PSA, which received praise on platforms such as Buzzfeed, Upworthy, Nextshark, iO9, and Perez Hilton. Jes has been featured in GO Magazine, Splitsider, and the Fader, and were named one of TimeOut New York’s “LGBTQ POC Comedians We’re Obsessed With”.