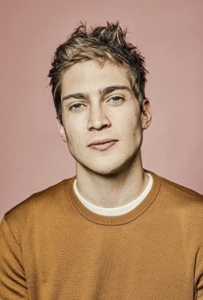 After graduating USC’s film program in 2014, James’ first feature, THREESOMETHING, played festivals and found distribution through Gravitas Ventures when it’s teaser went viral with 10M views. He’s been commissioned to write/ direct films for Eli Roth’s Crypt TV, Whitewater Films, Gunpowder & Sky, and others. His script I LOVE MY DAD was the grand prize winner of ScreenCraft’s 2020 Comedy Competition over 2300 others: James is directing and Patton Oswalt is attached to play the lead and produce. Along with writing/ directing, James has had starring roles as an actor in AMERICAN HORROR STORY, FEUD, LETHAL WEAPON, FOURSOME, and has a major role in Mindy Kailing’s upcoming HBO series THE SEX LIVES OF COLLEGE GIRLS.