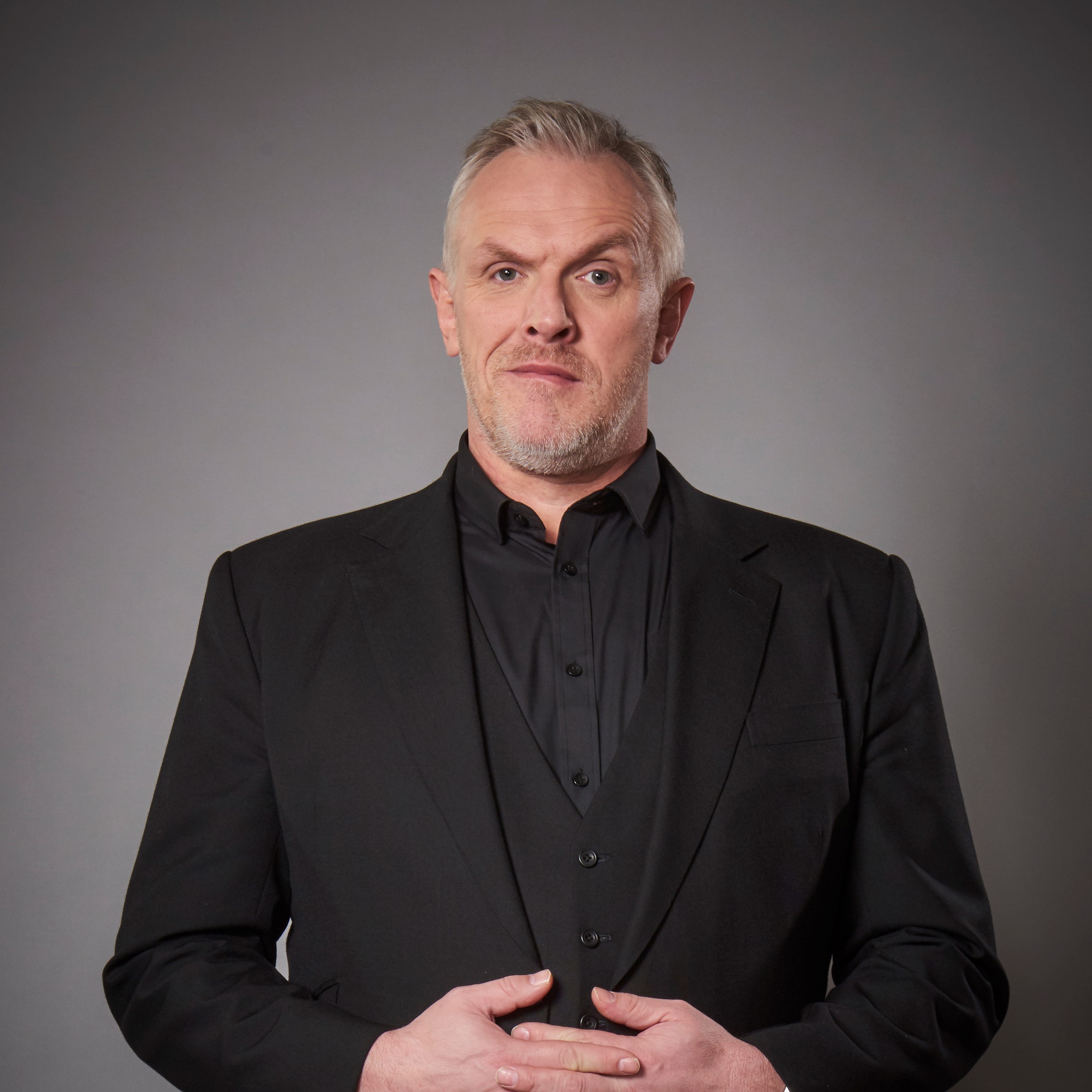 Former drama teacher turned comedian, Greg Davies has been a fixture on stage and screen for over 20 years. Best known for playing ruthless Head of Sixth Form, Mr Gilbert, in the comedy series The Inbetweeners (Channel 4) and as writer, creator and star of Channel 4’s Man Down, Greg has a solid reputation as a “brilliant TV funnyman” (Independent).

In 2021, Greg took on the mantle of creator writer and star of the BBC One sitcom, The Cleaner. Prior to that, he had a leading role in all five series of Cuckoo (BBC Three / BBC One / Netflix), co-starring with Andy Samberg and Taylor Lautner. This earned him a BAFTA nomination for Best Male Performance in a Comedy Programme. His other acting credits include playing the main villain in the 2015 Doctor Who Christmas Special (BBC One).

Since 2015 Greg has been the host of BAFTA-winning hit TV show, Taskmaster (Dave/Channel 4), alongside the show’s creator Alex Horne. Another notable hosting engagement includes the 2018 Royal Variety Performance Gala (ITV) where he performed in front of HRH the Duke and Duchess of Sussex at the London Palladium. Watched by over 152 million viewers worldwide, The Royal Variety Performance is one most successful and longest running entertainment show in the world.

Greg’s 2018 stand-up show, You Magnificent Beast, was recorded at London’s Hammersmith Apollo and released as a Netflix Special, whilst his shows The Back of my Mum’s Head and Firing Cheeseballs at a Dog (Edinburgh Comedy Award nominee in 2010) were released as DVDs. Prior to these solo shows, Greg featured as one third of the sketch trio We Are Klang, also nominated for the Edinburgh Comedy Award in 2006.