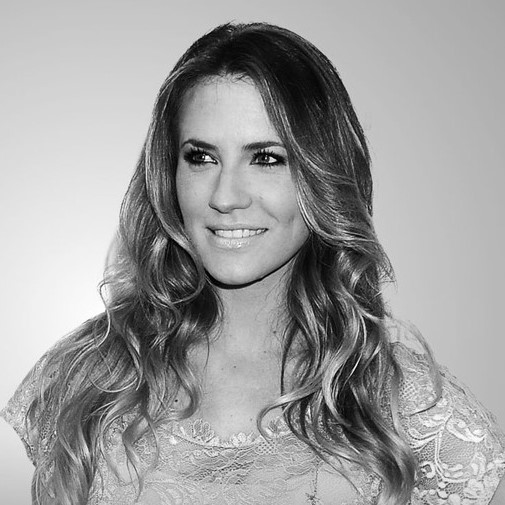 Georgie was also a regular panelist alongside Freddie Flintoff, Jamie Redknapp and John Bishop on Sky 1’s A League of Their Own presented by James Corden.

Her other roles with Sky Sports have seen Georgie host the A1 Grand Prix motor racing series, US Open tennis, Speedway World Cup and other live outside broadcasts including The Goodwood Festival of Speed, Superset Tennis and the Race of Champions at Wembley.

Georgie is a regular contributor on a variety of current affairs and discussion shows including Dermot O Leary’s Radio 2 programme, Channel 5’s The Wright Stuff and ITV’s This Morning.

Away from television, Georgie co-wrote her first novel The Twitter Diaries with Imogen Lloyd Webber. The book went on to become a best seller on Amazon.