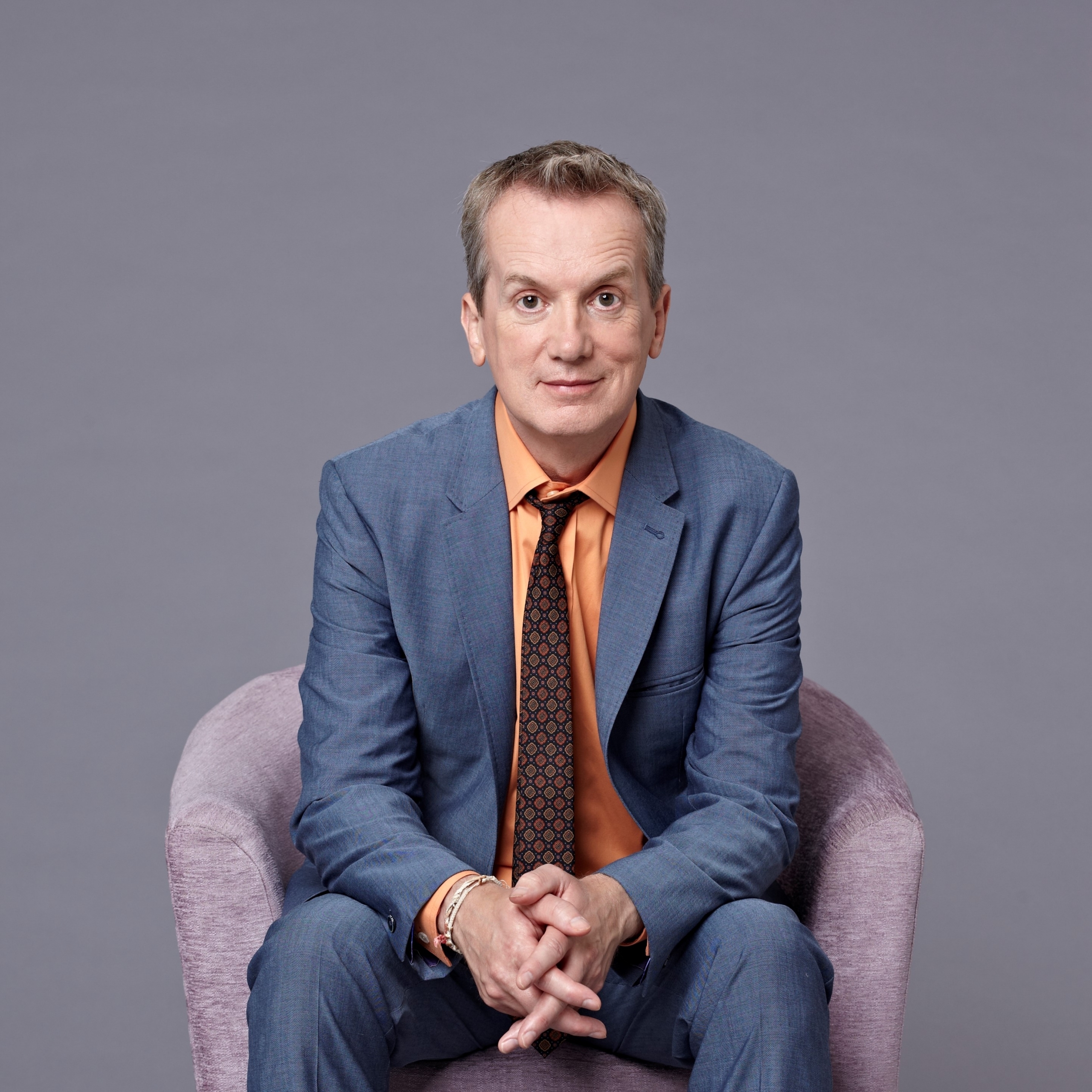 Frank Skinner’s live career began in 1987 when he spent £400 of his last £435 booking a room at the Edinburgh Festival Fringe. Four years later in 1991 he returned to the city and took home comedy’s most prestigious prize, The Perrier Award.

Frank created The Frank Skinner Show (ITV), which is widely credited as setting the tone for the modern comedic chat show. With David Baddiel, he created and presented both Fantasy Football and Baddiel & Skinner Unplanned, and, alongside The Lightning Seeds, the pair also wrote the seminal football anthem Three Lions. Frank has also created and hosted three series of Frank Skinner’s Opinionated for BBC2, hosted seven series of BBC1’s Room 101 and seven series of Portrait/Landscape Artist of the Year for Sky Arts. He has presented documentaries covering passions including Muhammad Ali (BBC1), Elvis (BBC4) and investigating the life of George Formby (BBC4). As well as this, Frank has also participated in  Sky Arts Road Trips, such as; Boswell and Johnson’s Scottish Road Trip (2020) and Wordsworth and Coleridge Road Trip (2021).

His Absolute Radio show, Frank Skinner’s Poetry Podcast has won three gold awards for Best Speech Programme (2011 and 2014) and Best Entertainment/Comedy Production (2017) at the ARIAs and saw him inducted into the Radio Academy Hall of Fame in December 2015. For BBC Radio 4, Frank hosted comedy panel show The Rest is History, and wrote and starred in comedy drama series Don’t Start alongside Katherine Parkinson.

As an author, Frank has written A Comedians Prayer Book (2021) along with How to Enjoy Poetry (2020). Prior to this he has written two autobiographies, the first of which, Frank Skinner, was the top selling autobiography of 2002, spending 46 weeks in The Sunday Times Bestseller List. He has published Dispatches from the Sofa; a collection of columns he wrote for The Times and

His 2019 stand-up show, Showbiz, has enjoyed a sold out national tour and subsequent sold out residency at the West End’s Garrick Theatre.