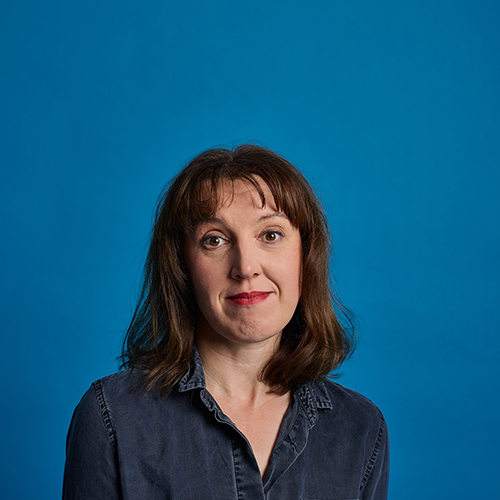 Comedian and writer Eleanor Tiernan has featured on Stand Up For Live Comedy (BBC3), Comedy Central’s The Alternative Comedy Experience and she has supported acts including Iliza Shlesinger, Stewart Lee, Tig Notaro, Ardal O’Hanlon, Jason Manford, Jason Byrne and Reginald D. Hunter. She has been a panellist on BBC Radio 4’s News Quiz and Where’s the F In News? and The Blame Game (BBC Northern Ireland). most recently Eleanor appears in Holding, a new TV adaptation of Graham Norton’s debut novel.

Her solo shows regularly receive rave reviews (33 must-see shows of the 2019 Melbourne International Comedy Festival, Herald Sun) and she has been featured on Sunday Times list of Top Ten Female Stand Ups To Watch and Chortle’s 2019: The ones to watch.

Alongside her stand up career Eleanor Tiernan is a successful comedy writer, writing for ITV2’s comedy game show CelebAbility hosted by fellow comedian, and popular voice of Love Island, Iain Stirling and co-wrote an episode of Buffering for ITV2. She has written and performed on the critically acclaimed political satire show Irish Pictorial Weekly (RTÉ) for multiple series and frequently writes opinion pieces for the Irish Times, and has written for The i.

Other credits include Monumental (BBC NI), The Craig Doyle Show (RTÉ), Headwreckers (Channel Four), Stand and Deliver (RTÉ), The Panel (RTÉ), The Savage Eye (RTÉ), Republic of Telly (RTÉ) and Bad Language (BBC Radio Scotland). She also played Mary in a critically acclaimed run of John Breen play Alone It Stands in theatres across Ireland and appeared as Dolores in the RTÉ sitcom Bridget and Eamon