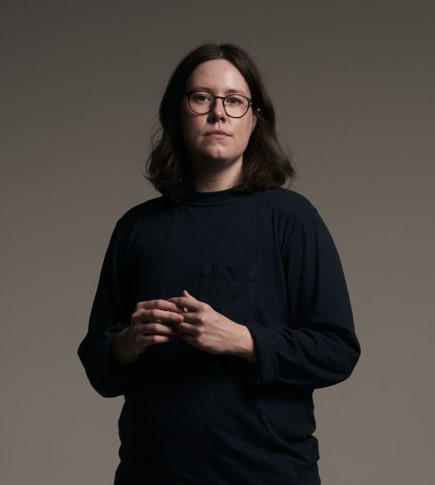 Chloe Petts’ is “one of the most compelling young comics” (Brian Logan, The Guardian) and “clearly a rising star whose name will soon be in lights” (Tim Harding, The Telegraph). This has established her as one of the most exciting up & coming acts on the circuit.

This year she performed her debut show Transience to sold-out audiences at the Edinburgh Fringe Festival and for two 5-night runs at Soho Theatre, then touring the rest of the UK until the summer. Receiving rave reviews from publications including The Guardian,  The Telegraph, The Evening Standard. With 5 stars from Gwendolyn Smith (The i) describing the show as a “barnstormer of a Fringe debut.”

An alumna of the prestigious Pleasance Comedy Reserve, shortlisted for the BBC Comedy Award, finalist of Leicester Square New Comedian of the Year Awards 2017 and runner-up in the Funny Women Awards 2017. Last year she supported Ed Gamble on his tour Electric to over 100,000 audience members across the country.

She is a co-founder of The Lol Word, a queer comedy collective that hosts sell-out monthly London nights, boasting the finest female and non-binary queer acts on the circuit. Their most recent Edinburgh run was a sell-out. Diva Magazine has described it as “a space that is demographically queer, inclusive, and safe, and on top of all of that – the comedic talent is smart, insightful, hilarious, and completely relatable.”