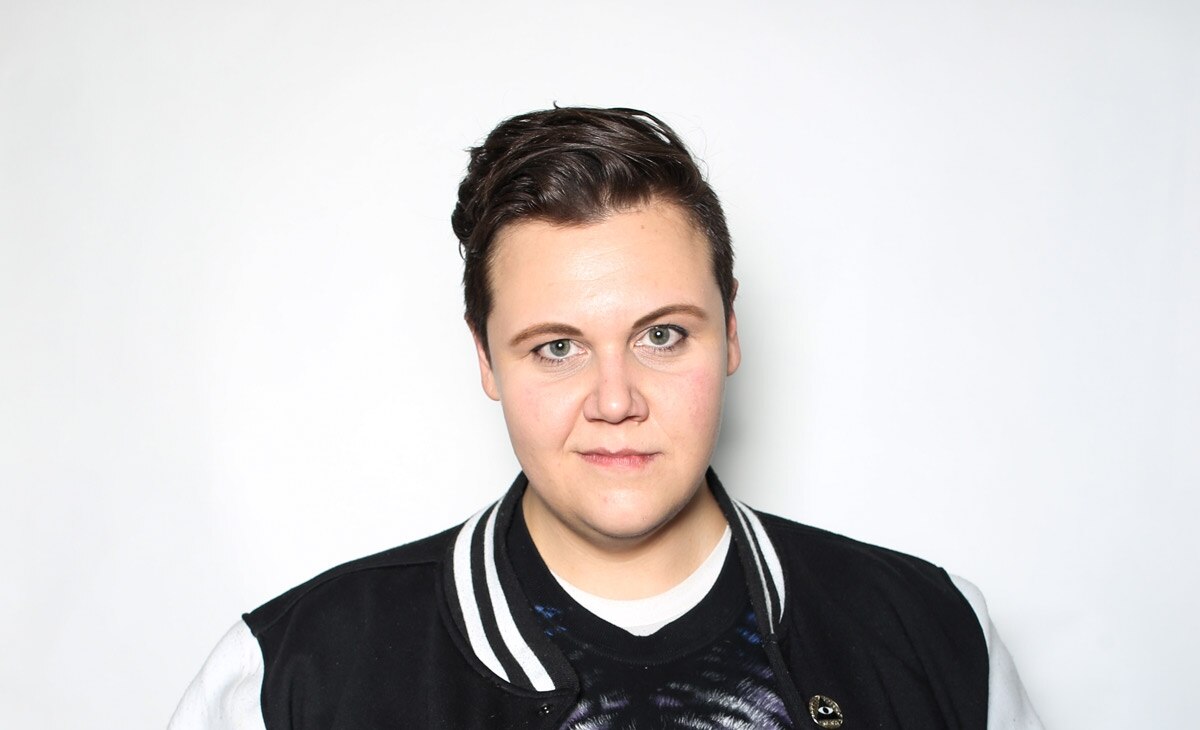 This Portland comedian serves up coach vibes and delightfully unhinged enthusiasm. Often political, frequently personal, and entirely too tantrum-prone, Caitlin delivers arguments with equal parts glee and rage. They give the worst news about society with a dimpled grin and pointed outbursts.

Caitlin Weierhauser won Helium Comedy Club’s “Portland’s Funniest Person” Competition in 2017and was voted Favorite Comedian in the Willamette Week Readers Poll in 2017, and 2018. Caitlin got New Faces at Just For Laughs in Montreal, and came in top 3 at Big Sky Comedy Fest, has performed for Bridgetown Comedy Festival, Bumbershoot, Pickathon & All Jane Comedy Fest. Caitlin can recently be seen on Season 2 of The Benefits Of Gusbandry on Amazon Prime and in the Disney movie Timmy Failure.