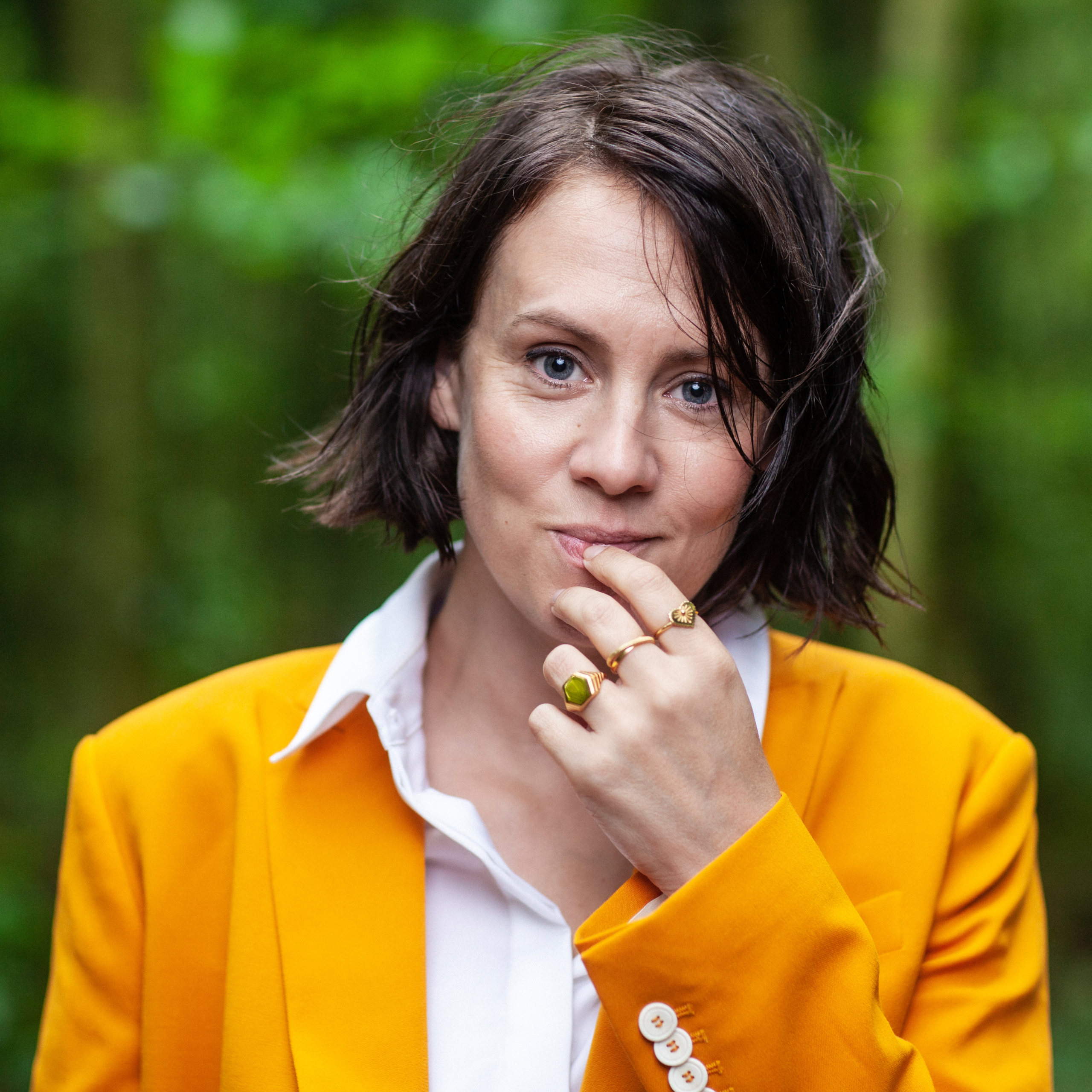 Bryony Kimmings is a playwright, performer, documentary maker and screen writer from the UK. She is inspired by female stories, social taboos and dismantling power structures. Kimmings’ work is brutally honest, very funny and often a bit geeky and dangerous.

Bryony’s stage work includes her plays (as writer and performer): Sex Idiot, 7 Day Drunk, Credible Likeable Superstar Role Model, Fake it til’ you make it and I’m a Phoenix, Bitch.

Her TV and film work includes the documentaries The Sex Clinic (C4) and Opera Mums (BBC) and the feature film Last Christmas, which Bryony cowrote with Emma Thompson.

Bryony is working class and loud mouthed; a deep thinker, world fixer, activist and trouble maker all wrapped into one. She likes adapting and reimagining books, creating 3D female characters. She enjoys writing about class, gender and disability. Having toured all over the world with her shows (created about real events in her life) from the National Theatre to the Sydney Opera House, Bryony is now focusing on writing for film and TV.

“Kimmings is an artist of exceptional integrity, compassion, imagination and guts.”  – THE GUARDIAN

“An unabashedly wacky sweetheart” – THE TIMES

“Hilarious, heart-breaking, troubling and inspirational. Kick-ass in all the right ways.” – TIME OUT