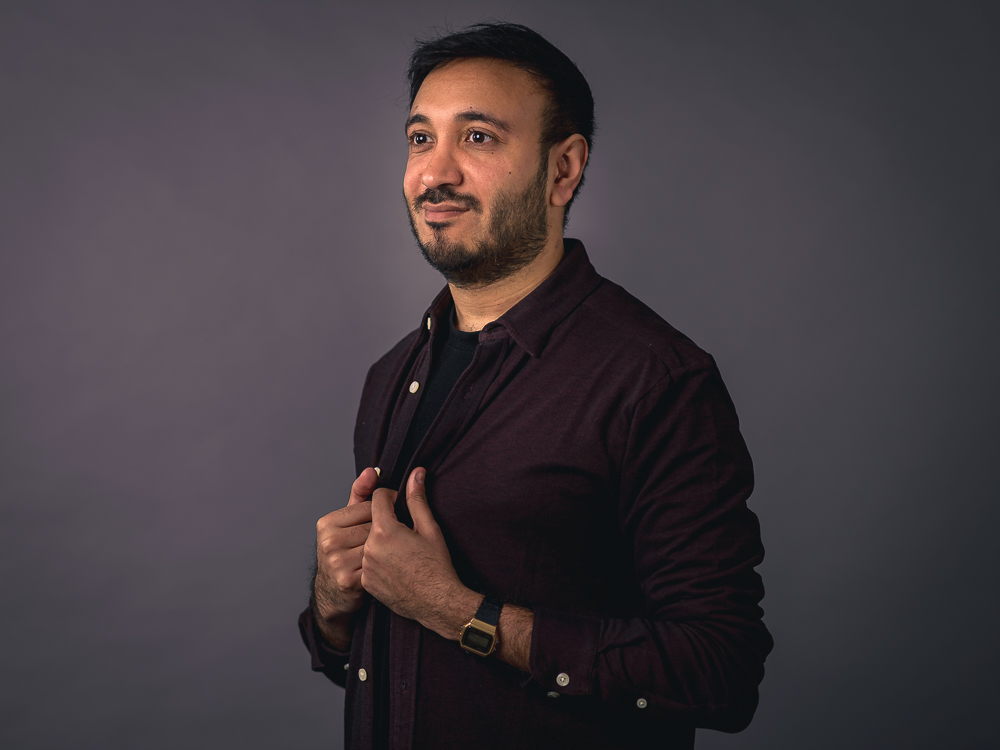 Bilal Zafar was nominated for the lastminute.com Best Newcomer Award for his debut show, CAKES, at the Edinburgh Fringe. Bilal also won the New Act of the Year award joining the company of previous winners such as Stewart Lee, Ardal O’Hanlon, Joe Wilkinson and Linda Smith.

He was the runner up at the Leicester Square Theatre New Comedian of the Year competition. He has appeared on BBC3, BBC iPlayer, BBC Radio 4, BBC Radio 5 Live, BBC Asian Network, and has written for The Independent.

An accomplished actor, he has appeared in Channel 4 sitcom Catastrophe, Sky sitcom Sick of It and the Paul Feig directed feature film Last Christmas.

He also runs a successful Twitch page which has racked up over 7.3K followers. He streams an interactive, improvised comedy show three times a week where he plays a football manager embroiled in scandal, featuring various special guests. The show is growing every day and has been picked up by multiple radio shows and newspapers.