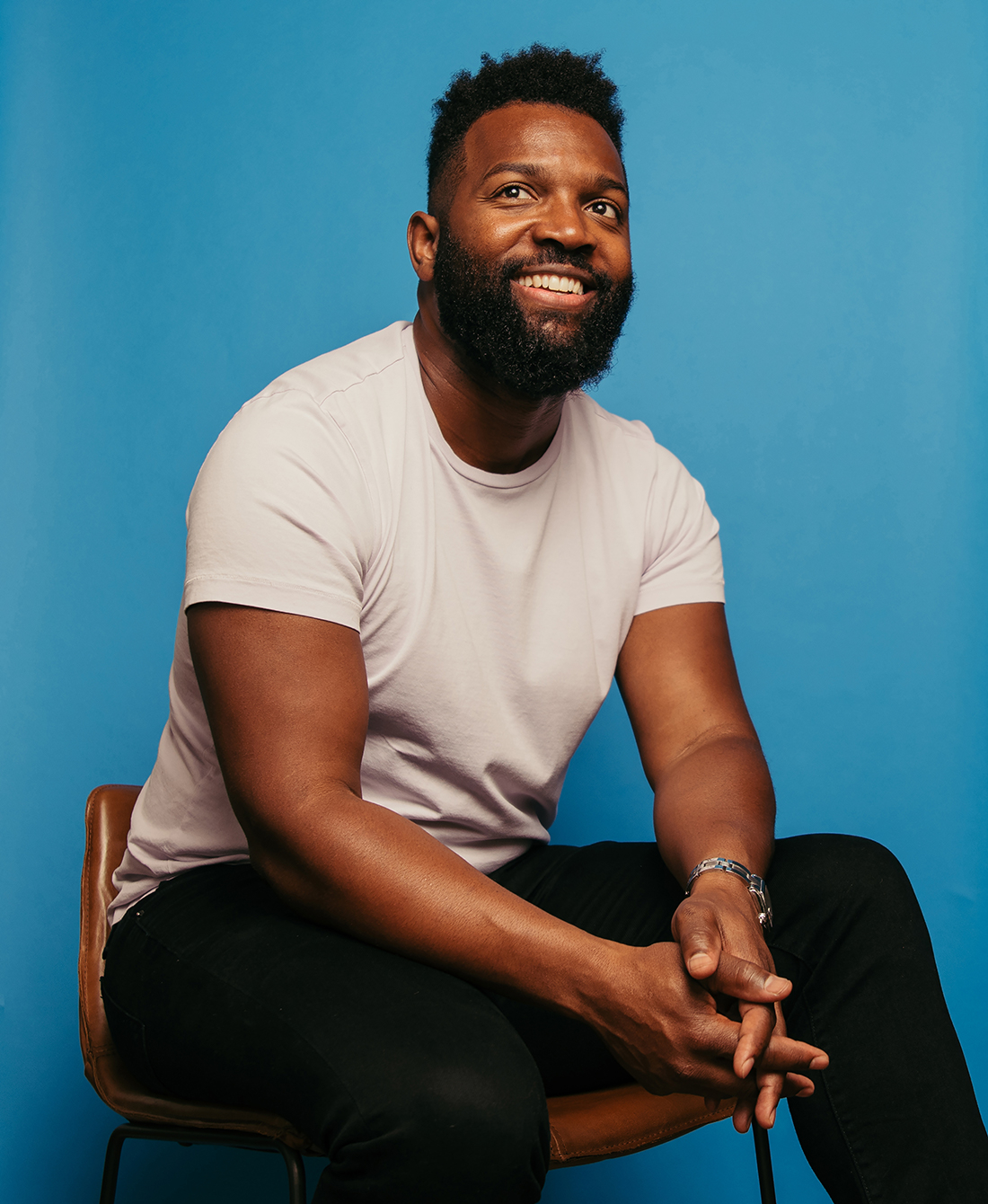 Baratunde Thurston holds space for hard and complex conversations with his blend of humor, wisdom, and compassion. Baratunde is an Emmy-nominated host who has worked for The Onion, produced for The Daily Show, advised the Obama White House, and wrote the New York Times bestseller How To Be Black. He’s the executive producer and host of How To Citizen with Baratunde which Apple named one of its favorite podcasts of 2020. Baratunde also received the Social Impact Award at the 2021 iHeartRadio Podcast Awards on behalf of How to Citizen with Baratunde. In 2019, he delivered what MSNBC’s Brian Williams called “one of the greatest TED talks of all time.” Baratunde is unique in his ability to integrate and synthesize themes of race, culture, politics, and technology to explain where our nation is and where we can take it.

With an ancestry that includes a great-grandfather who taught himself to read, a grandmother who was the first black employee at the U.S. Supreme Court building, a computer-programming mother who took over radio stations in the name of the black liberation struggle, and an older sister who teaches yoga at her donation-based studio in Lansing, Michigan , Baratunde has long been taught to question authority and forge his own path. It helps that he was raised in Washington, D.C. under crackhead Mayor Marion Barry.

Baratunde’s mind, forged by his mother’s lessons and polished by a philosophy degree from Harvard, has found expression in the pages of Fast Company and the New York Times, the screens of HBO, Comedy Central, CNN, MSNBC, BBC, the sound waves of NPR and podcasts such as Pivot, WTF, and Hello, Monday.

He has hosted shows and stories on NatGeo and Discovery’s Science Channel and earned a Daytime Emmy nomination for hosting the Spotify/Mic series, Clarify. Baratunde is also an in-demand public speaker and live events host for organizations ranging from Google to criminal justice reform non-profits such as JustLeadershipUSA.

Far from simply appearing in media, Baratunde has also helped define its future. In 2006 he co-founded Jack & Jill Politics, a black political blog whose coverage of the 2008 Democratic National Convention has been archived by the Library of Congress. From 2007 to 2012, he helped bring one of America’s finest journalistic institutions into the future, serving as Director of Digital for The Onion then did something similar as Supervising Producer for digital expansion at The Daily Show with Trevor Noah. He has served as an advisor to the Data & Society Research Institute and a director’s fellow at the MIT Media Lab.

Baratunde is a rare leader who sits at the intersection of race, technology, and democracy and seamlessly integrates past, present and future.

Baratunde serves on the boards of BUILD and the Brooklyn Public Library and lives in Los Angeles, California.