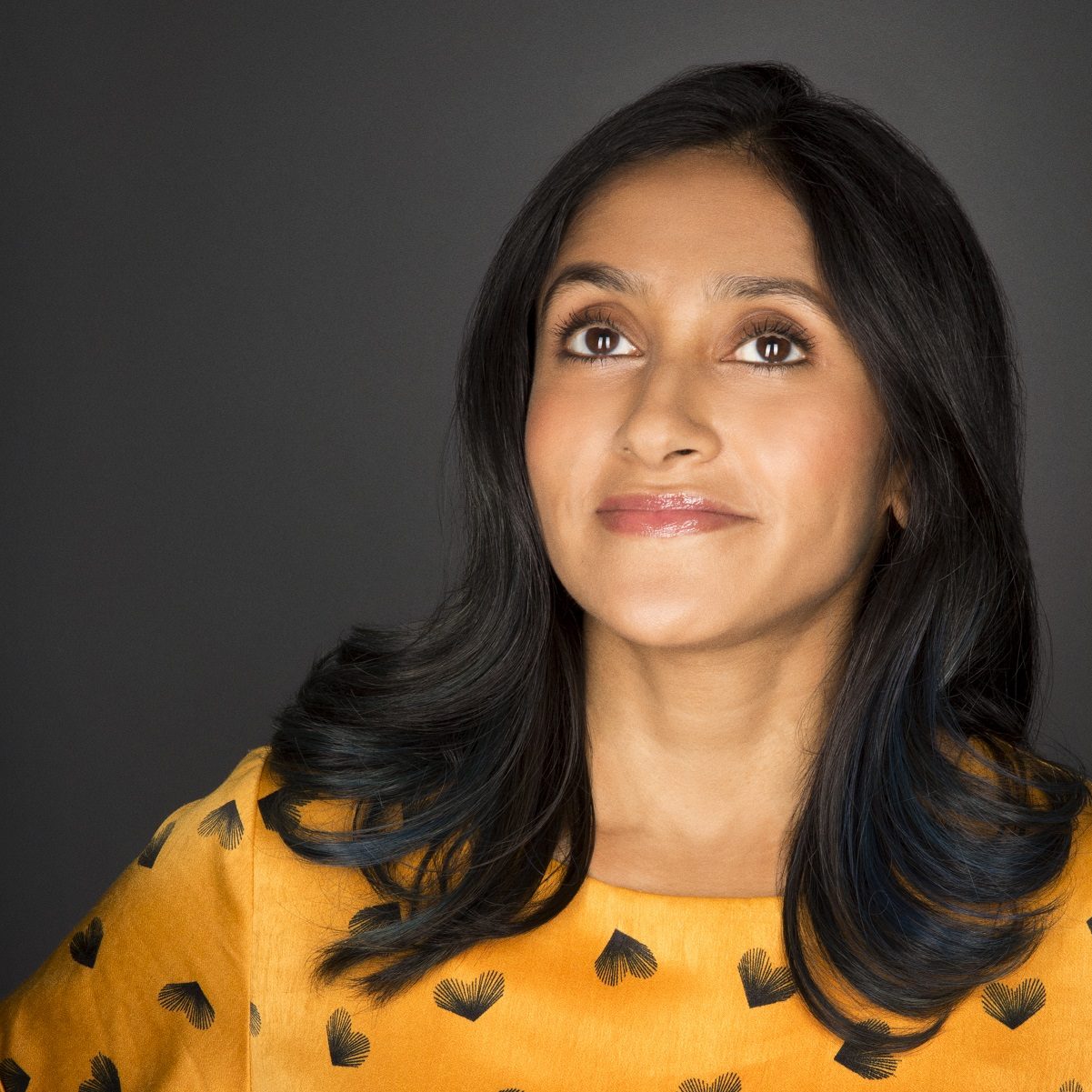 Aparna started out doing comedy in her hometown of Washington D.C. and can be seen performing regularly in both NYC and LA.  Vulture named her one of the “Greatest Character Actors Working Today,” and in 2016, Elle Magazine named her one of the most exciting new voices to hit the comedy scene. She can currently be heard as the voice of “Moon” on Fox’s breakout animated series The Great North. Last year, she starred in Amazon’s annual ensemble comedy special, Yearly Departed; the latest season of HBO Max’s Search Party; Netflix’s Space Force; Amazon’s Modern Love; and All My Friends, a special for LCD Soundsystem directed by Eric Wareheim. She was a series regular on Comedy Central’s Corporate and recurred on HBO’s Crashing.

Additional previous television credits include Apple TV+’s Mythic Quest: Raven’s Banquet, Netflix’s Master of None and Love, HBO’s High Maintenance, Comedy Central’s Inside Amy Schumer, appearing as a US correspondent for Dave’s (UK) Unspun with Matt Forde, and Hulu’s I Love You, America with Sarah Silverman.

She can next be seen in a recurring role opposite George Lopez in NBC’s Lopez vs. Lopez, and as a guest star on Freeform’s Single Drunk Female. Her feature credits include the Paul Feig movie A Simple Favor and can soon be seen in two indie films that premiered at this year’s Tribeca Film Festival—Sarah Adina Smith’s The Drop, opposite Anna Konkle and Jermaine Fowler, executive produced by Mark and Jay Duplass; and opposite D’Arcy Carden and Devin Das in Wes Schlagenhauf is Dying.

Her TV stand up appearances include specials for Netflix’s The Standups and Comedy Central’s The Half Hour as well as sets on HBO’s 2 Dope Queens, Seeso’s stand up series Night Train with Wyatt Cenac, Comedy Central’s Meltdown and Adam Devine’s House Party and TBS’ Conan. Her TV writing credits include Late Night with Seth Meyers, Apple TV+’s Mythic Quest and Little Voice, and FX’s Totally Biased with W. Kamau Bell.

She is also an alumna of the NBC Stand Up for Diversity program and currently headlines throughout the world and has been seen at a number of festivals including Comedy Central’s Clusterfest, Portland’s Bridgetown Comedy Festival, Moontower, SF Sketchfest, DC’s Bentzen Ball, Outside Lands, Bonnaroo and Dublin’s Vodaphone Comedy Festival. Aparna’s been featured on and in NPR, Reader’s Digest, The Huffington Post, The Washington Post Magazine, XM Radio, and Slate V.