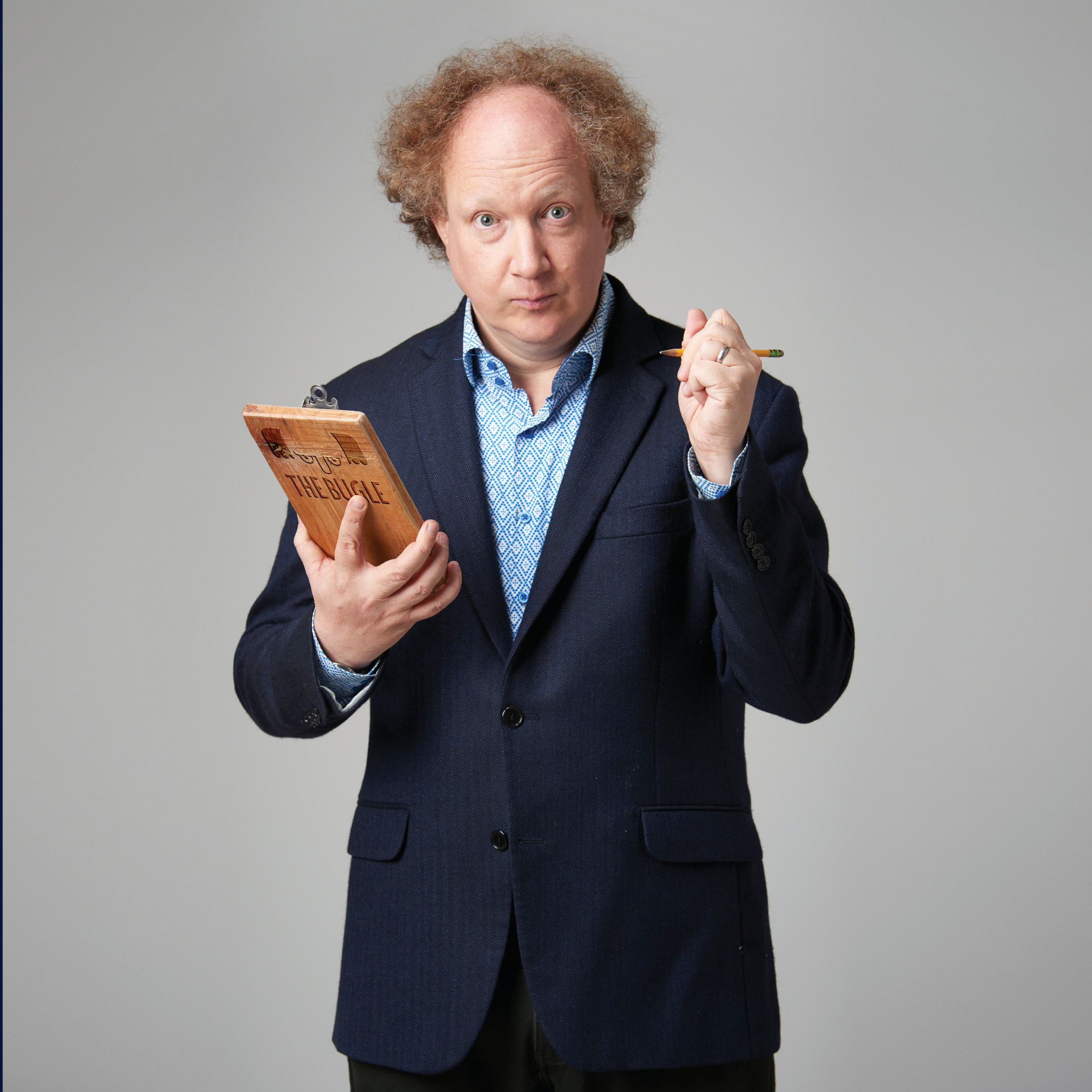 Andy Zaltzman is a stand-up comedian, broadcaster and author who has firmly established himself in the vanguard of British comedy with his unique brand of political satire.

Andy is the chair of BBC Radio 4’s The News Quiz and hosts global hit satirical podcast The Bugle. He previously hosted numerous series including My Life As A…, Empire-ical Evidence, Andy Zaltzman’s History of the Third Millennium, Series 1 of 100 and Political Animal and The Department, both of which he co-presented with John Oliver.

Andy’s live work has drawn audiences around the world, touring his bespoke political comedy show Satirist for Hire around the UK, Australasia, Canada and the USA. He has been a regular at the Edinburgh Fringe since his nomination for Best Newcomer in 2001, building his reputation as one of the most inventive satirists in the world. His annual round-up shows of the events of the year have become a fixture in the satirical calendar at London’s Soho Theatre.

In addition to his comedy work, Andy is well known as the BBC’s cricket statistician on Test Match Special. He commentated the BBC’s coverage of the World Cup and has covered sport for The Guardian.

“Political comedy at its best”
The Sunday Times