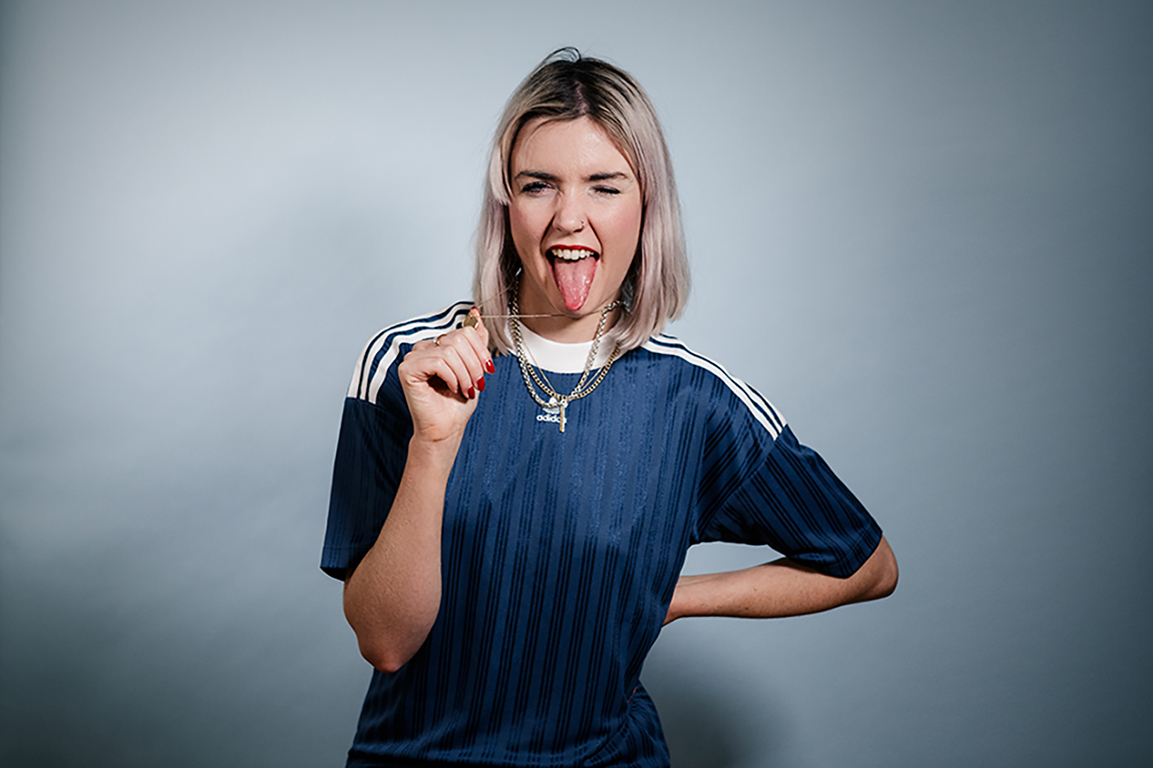 Alexandra Haddow is a London based comedian and writer and one of the circuits most popular and exciting new comedians. A regular at comedy clubs across London and around the country, she expertly walks the fine line between cheeky and outright smut. She has performed at Reading and Leeds festival, as tour support for Frankie Boyle and regularly gigs at Glee Club, Bill Murray, Glee Club and 21Soho amongst many others. She hosts Dulwich Hamlet Comedy every month, Alex vs. Men at Vauxhall Comedy Club every Monday, as well as running gigs with WTD Comedy.

Alexandra has a growing social media following, with over 45k followers on Twitter and over 8k followers on Instagram, with her acerbic tweets regularly going viral. In 2022 she appeared with Peter Crouch on the series Save Our Beautiful Summer (Discovery+).

As a writer she has contributed to Have I Got News For You, Refinery29, Time Out and independent magazines and has been a columnist for NME.

She performed her solo work in progress show, Woman In Progress, at the Edinburgh Fringe this year.

‘One of the most exciting new acts on the circuit.’ – Frankie Boyle