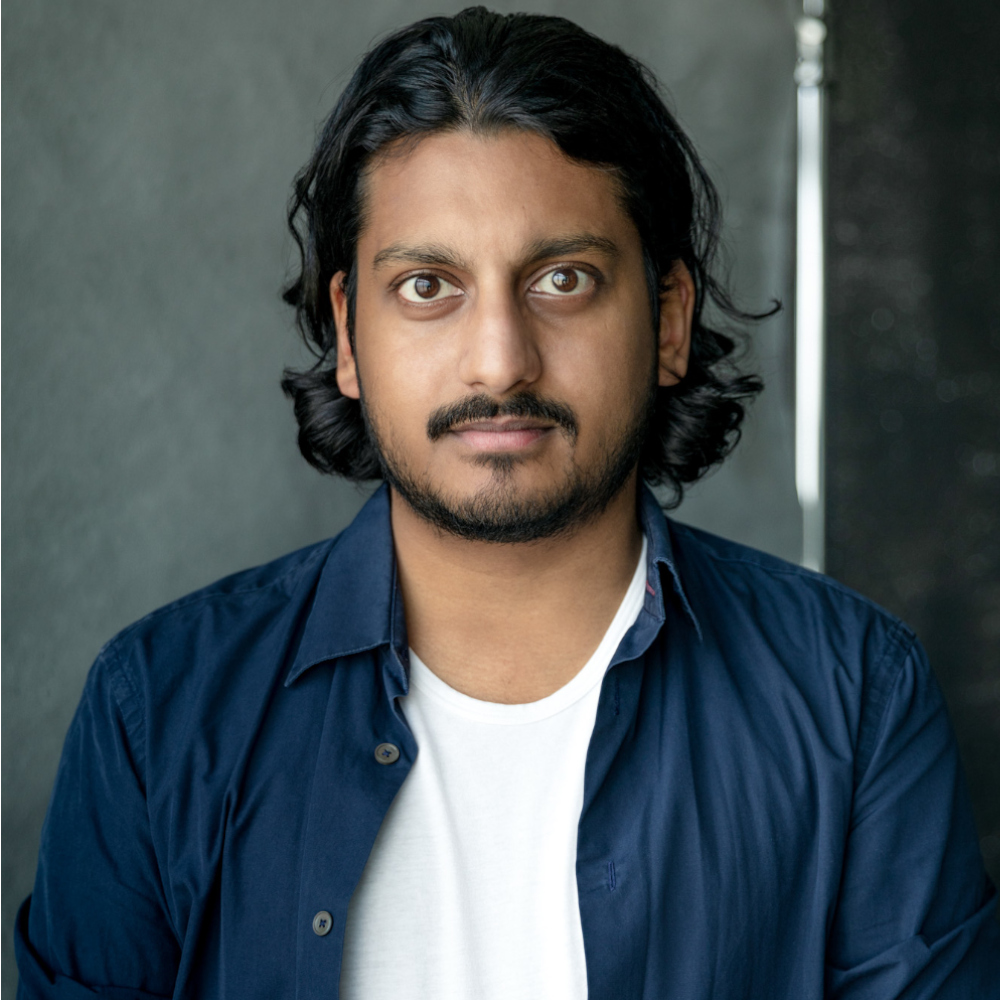 Double Edinburgh Comedy Award ‘Best Show’ nominee Ahir Shah is one of the fastest-rising comedians of his generation and is known for his sharp, intellectual brand of stand-up featuring a blend of philosophical inquiry, political vigour, and sweet gags.

Ahir is a regular on television and radio and has performed stand-up on Live At The Apollo, The Now Show and Stand Up Central. Outside of stand up, Ahir has been seen on shows including Have I Got News For You, Frankie Boyle’s New World Order, Mock the Week, The Mash Report/Late Night Mash, Guessable, Rob Beckett’s Undeniable and Catastrophe.

Ahir’s 2019 show Dots completely sold out at the Edinburgh Fringe and toured the UK ahead of an international release on US streaming platform HBO Max filmed at the Vaudeville Theatre. The show followed Duffer and Control which also sold out and were both nominated for the Edinburgh Comedy Award for Best Show and subsequently toured the UK and overseas. Ahir is currently on UK tour with his latest show Dress. Internationally, Ahir has played to sell out audience at the Melbourne International Comedy Festival, the Adelaide Fringe and Just for Laughs Montreal, and has toured in continental Europe and India.

An in-demand writer, Ahir has written on shows including The Mash Report/Late Night Mash and Mock the Week, has written and starred in the short films Ahir Shah’s Summer (Sky) and Ahir Shah’s Life Lessons (BBC Three), and has developed two sitcom pilots with Channel 4.