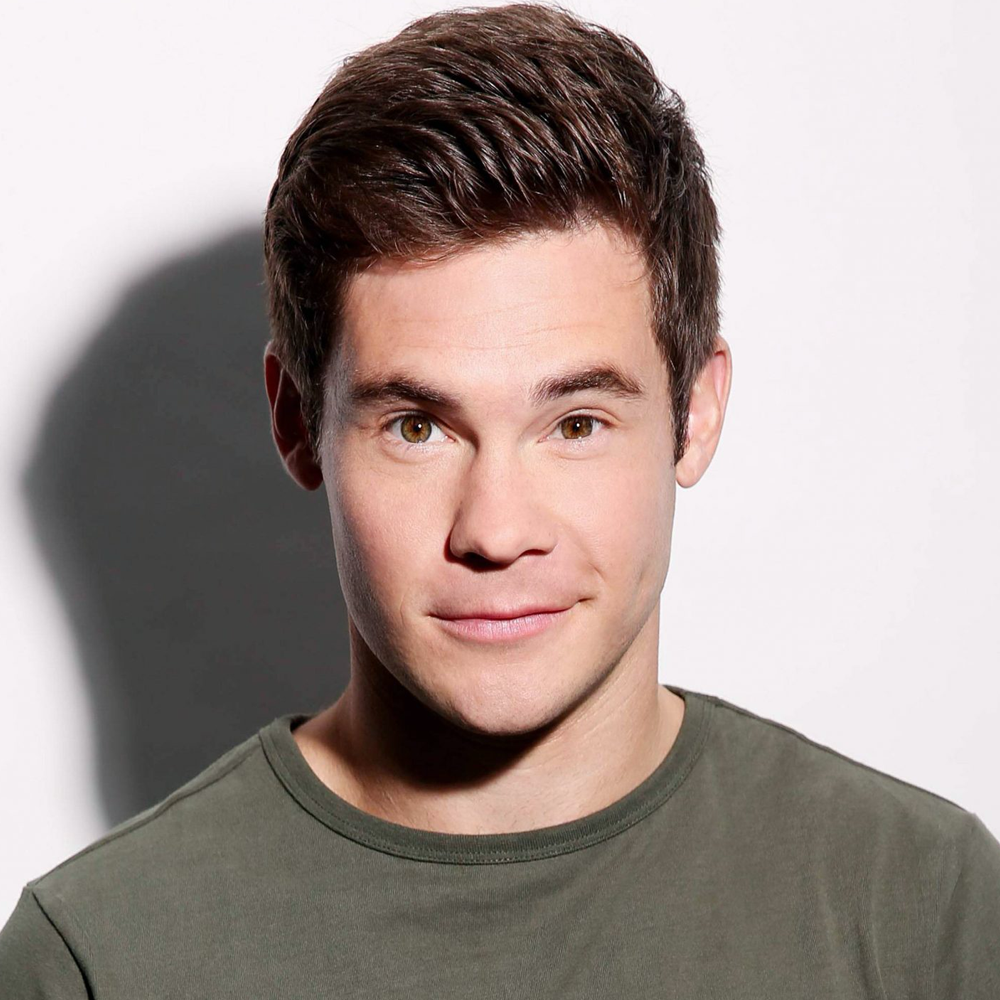 Adam Devine currently stars in the HBO series THE RIGHTEOUS GEMSTONES, opposite Danny McBride and John Goodman. His one hour Netflix special BEST TIME OF OUR LIVES (2019) is streaming worldwide. Adam can currently be seen in Lionsgate’s JEXI (2019) and New Line’s ISN’T IT ROMANTIC (2019) as well as the Netflix features, GAME OVER, MAN! (2018) where he reunites with his Workaholics co-stars Anders Holm, Blake Anderson, and Kyle Newacheck, and in WHEN WE FIRST MET, in which he starred, co-wrote, and executive produced. Adam starred in the Fox feature MIKE AND DAVE NEED WEDDING DATES (2016) with Zac Efron, the Warner Bros feature THE INTERN (2015) directed by Nancy Meyers opposite Anne Hathaway and Robert De Niro, and PITCH PERFECT (2012) & PITCH PERFECT 2 (2015) in which he plays fan favorite, “Bumper”.

Adam is best known as the star and co-creator of Comedy Central’s hit show Workaholics, for which he was named one of THR’s Top 50 Showrunners and one of Variety’s 2013 Ten Comics to Watch.  He was also seen recurring as Manny’s ‘manny’ on the award-winning hit ABC series Modern Family.