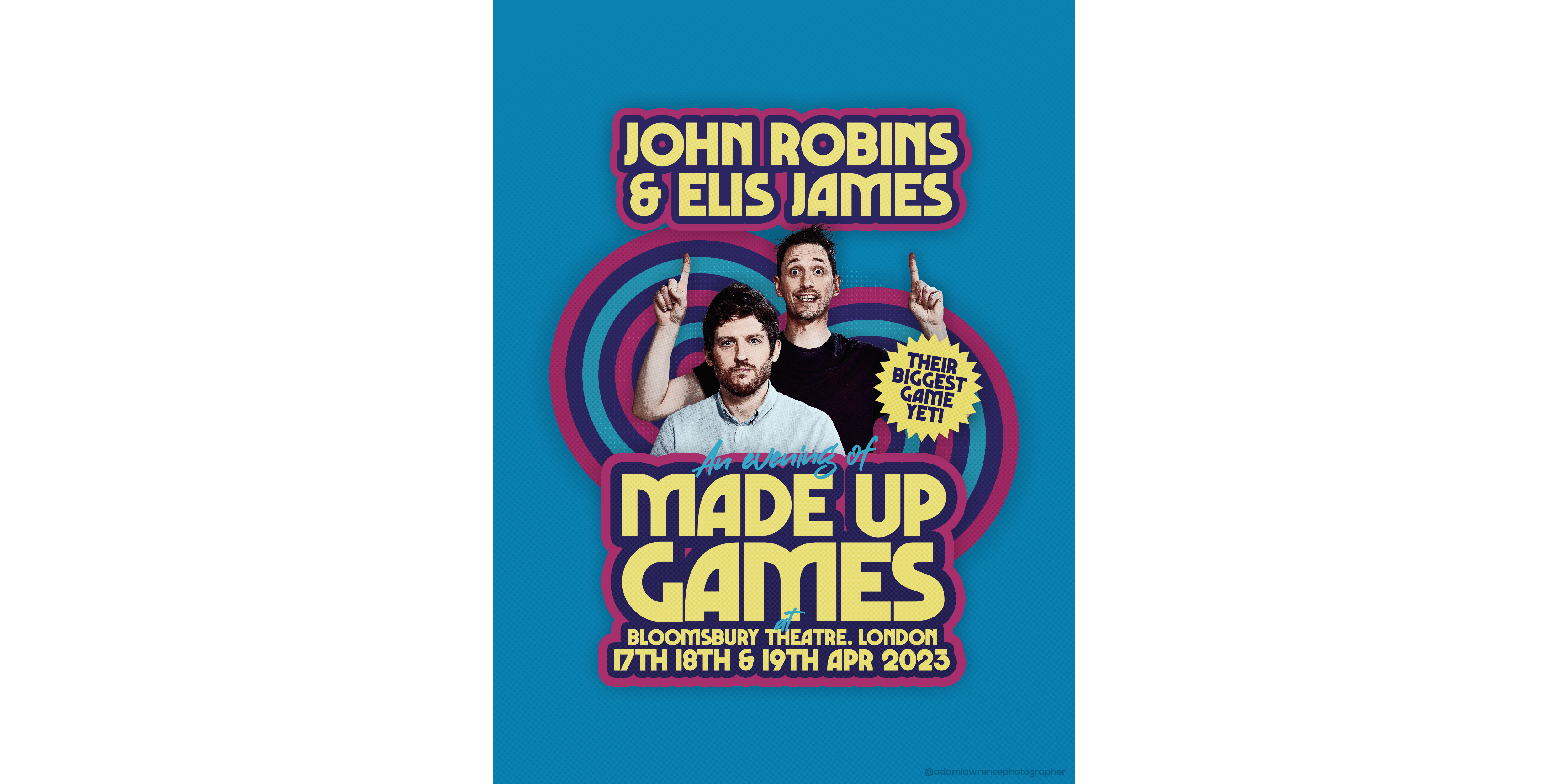 ‘the cheers from an enraptured crowd are deafening…Now, tickets for their live shows sell out across the country within hours of going on sale.’

Due to popular demand and following a successful sold-out run of live performances back in December 2022, the much-loved comedy double-act and acclaimed broadcasters/podcasters Elis James (Fantasy Football League) and John Robins (Live at the Apollo and Edinburgh Comedy Award winner) have announced extra dates for their hit show Made Up Games. The duo will perform an additional three shows live on stage at London’s historic Bloomsbury Theatre from 17th-19th April.

For eight years, Elis and John have been battling it out on the radio playing the sensational games their legion of loyal listeners made up for them and now they’re returning to London’s Bloomsbury Theatre once again with even more special guests and low budget prizes.

The duo’s comedic chemistry and quick wit has won them a loyal fanbase and they have been playing Made Up Games on the radio since the days of their hugely successful Xfm show, and the format has grown with them and remained a firm favourite with audiences.

For further information contact Lucy Plosker at Avalon on lplosker@avalonuk.com