CELEBRATE THE CORONATION OF THE ONE TRUE KING… OF BEERS 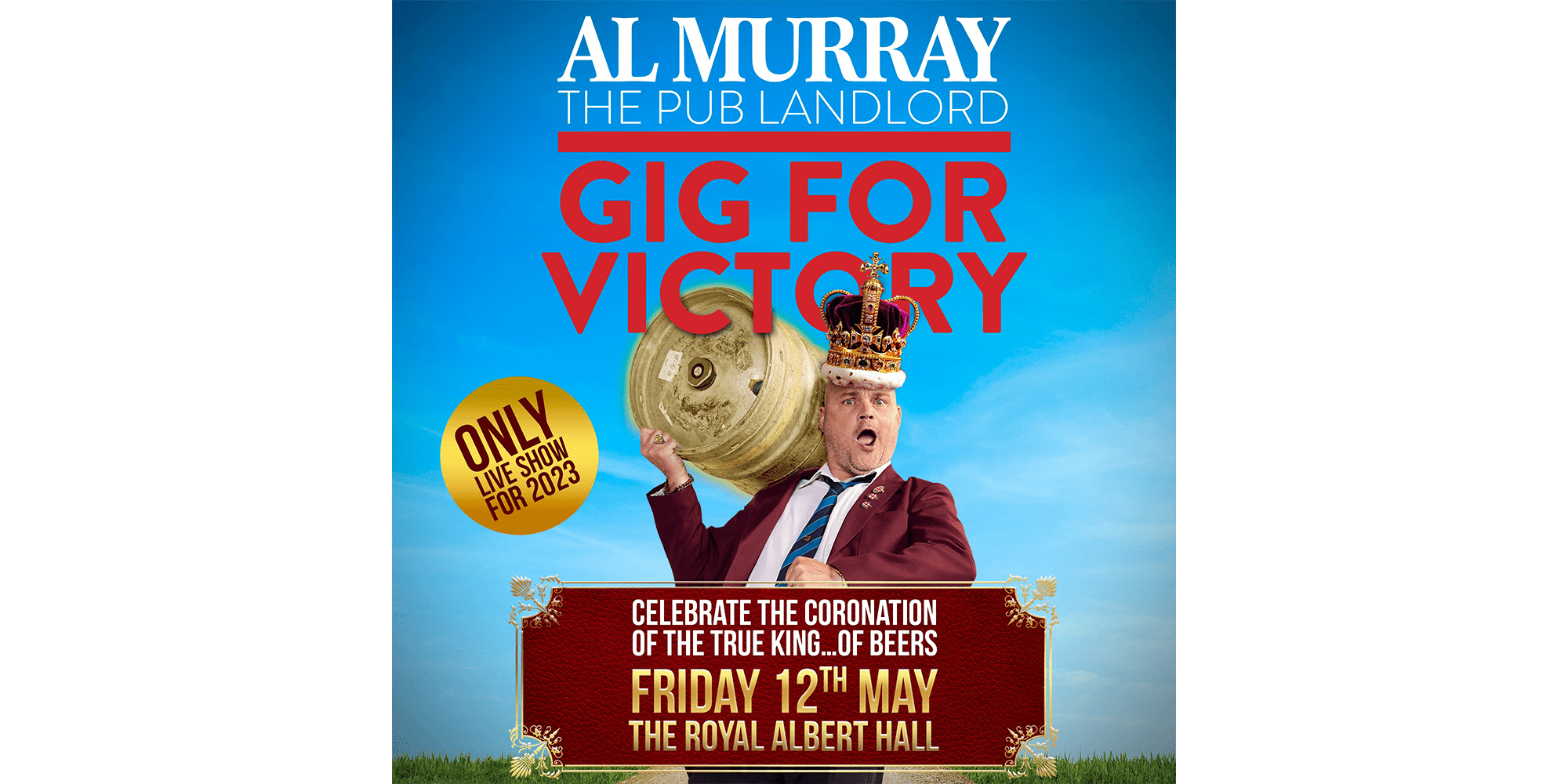 It was announced today (Tuesday 20th December 2022) that, following this year’s sell-out UK tour, Al Murray – The Pub Landlord will return to London’s iconic Royal Albert Hall for a one-off special show on Friday 12 May 2023.

And when that moment comes, who better to show the way, to provide those answers, than the people’s man of the people, the Pub Landlord?  Steeped in the deep and ancient barroom wisdom of countless lock ins, the Pub Landlord comes to the Royal Albert Hall for one night only, offering people thirsty for common sense a full pint of the good stuff.

Al Murray most recently performed at the Royal Albert Hall for this year’s Royal Variety Performance, but also performed a sell-out solo gig at the venue in 2016, which The Times said was, “Stunning. Hilarious …another hugely diverting display of muscular irony from one of the most consistently delightful stand-ups of the past two decades”, with the Evening Standard adding it was, “Murray at his best”.

Tickets are on general sale from today.

What the press have said about Al Murray – The Pub Landlord:

For further information contact: Dan Lloyd at Avalon on DLloyd@avalonuk.com or Perrine Davari on PDavari@avalonuk.com

For over 20 years Al has filled arenas and the largest theatres as The Pub Landlord, and won numerous awards and accolades, including the Edinburgh Comedy Award (formally Perrier Award, after a record four successive nominations) and secured Olivier Award nominations for both of his sell-out West End runs.  He has hosted countless TV series, including the acclaimed entertainment chat show Al Murray’s Happy Hour (ITV) and the ground-breaking sitcom Time Gentlemen Please (Sky).  Al has made multiple appearances on The Royal Variety Performance (ITV) and hosted Live at the Apollo (BBC) and Live at the Palladium (ITV).

Other landmark Avalon shows include BAFTA winning and multi  Emmy nominated Catastrophe (Amazon Prime Video/Channel 4), multi BAFTA-winning TV Burp (ITV), and Workaholics (Comedy Central USA). Avalon also distributes its catalogue of programmes to over 150 countries worldwide. Avalon has produced many globally successful podcasts and is regularly at the top of the UK iTunes chart with the multi-award-winning Shagged. Married. Annoyed by Chris and Rosie Ramsey.