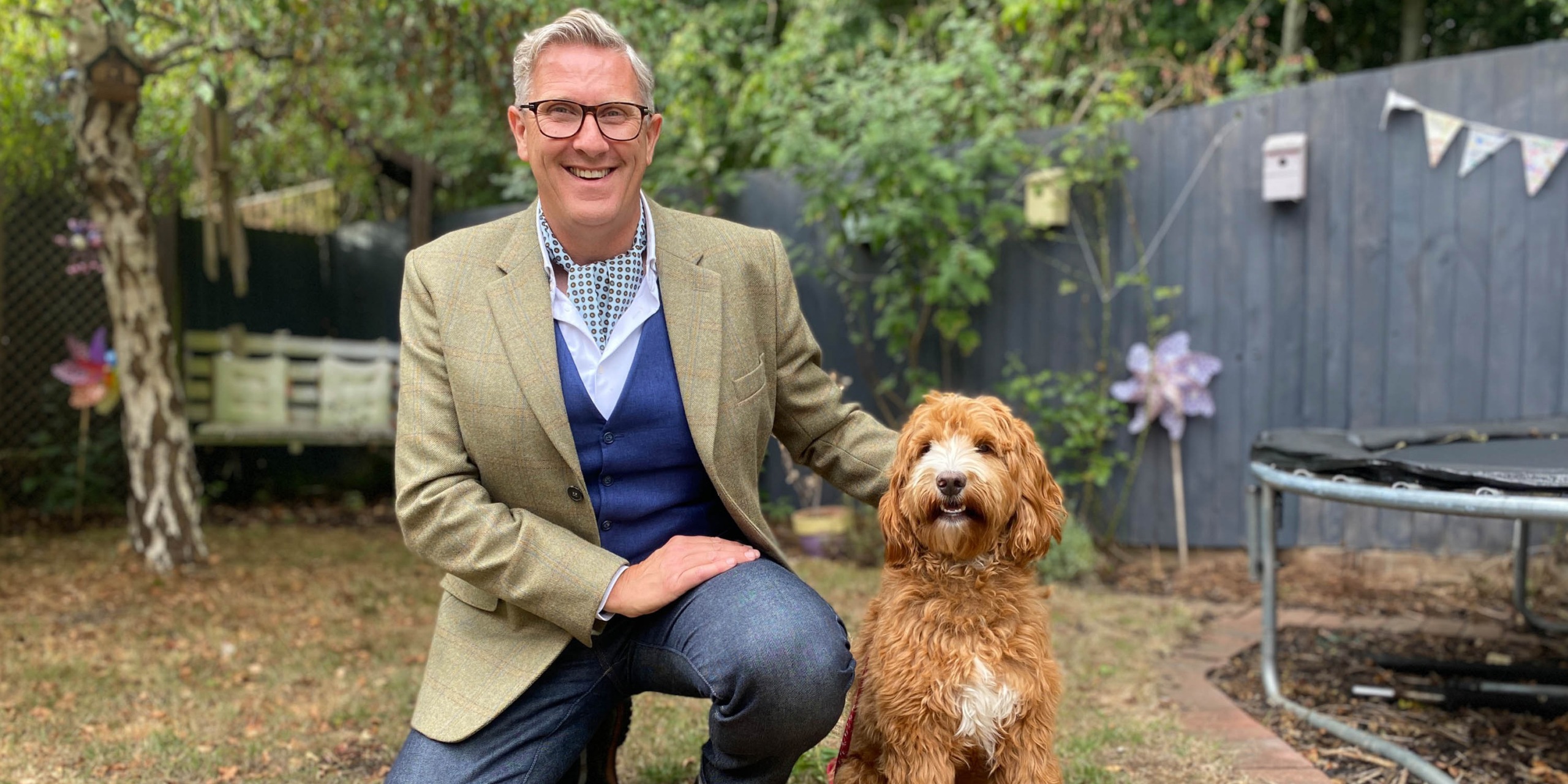 It’s a new year, so for Master Dog Trainer, Graeme Hall, that can only mean one thing… new problems to solve.  Returning to Channel 5 this January with a brand new series of Dogs Behaving (Very) Badly, Graeme will be travelling the length and breadth of the country, giving his no nonsense advice, easy to follow training techniques and long lasting fixes to even more desperate and exhausted owners who are at their wit’s end with their four legged friends for the constant havoc and chaos they are causing. But as viewers discover every series, it’s more often than not the owners that need the extra attention and help from Graeme than the actual dogs.

In the opening episode of the new series, Graeme has a real diva on his hands.  St Bernard Tilly loves to make a song and dance about getting in the car. So going on any journey, no matter how small, is a big stress for her owners.   The only way to get this 70 plus kilo hound in the boot is with the help of her entourage, the neighbours.  But it’s not just leaving the house where Tilly digs her heels in, she makes a mountain out of mealtimes too.  Things have gotten so bad with this diva’s demands, that Nick and Jacky are being held prisoner in their own home – by a furry 11 stone ball and chain.   Can Graeme set them free?

A fashion designer’s Maltipoo is just not on brand.  Maisie should be the perfect mascot for aspiring fashionista Charlotte, but she’s turning heads for all the wrong reasons.  Every time a trendy East London pooch struts their stuff anywhere near Maisie, she mouths off and it’s a constant cause of embarrassment for Charlotte.

Collie, Holly, has a dark obsession with shadows.  So intense is her compulsion that she chases them everywhere and the only way to pull the curtains on her habit is total darkness.  Owners John and Megan are beside themselves with worry and living like vampires is taking its toll.  They might not be able to see the light, but Graeme has a very simple solution.

Armed with over 15 years of training, the equivalent of approx. 105 dog years, Graeme has certainly been put to the test by training over 5,000 dogs (and even one fox!) of all breeds and sizes as well as their owners.  With his specific approach of combining knowledge and understanding, he gets the results the owners want for their dogs. That’s more than knowledge – it’s a feel for dogs.   His mantra is simple, “Any Dog, Any Age, Any Problem.”  Graeme also launched two successful series of his very own pooch podcast called Talking Dogs with Graeme Hall, where he talks about how he trains dogs and gives out tips in addition to two published books, All Dogs Great and Small and Perfectly Imperfect Puppy.

Graeme Hall is one of the UK’s top dog trainers and behaviourists. Based in Warwickshire & Northamptonshire, he will travel anywhere in Britain where there is a dog behaviour problem to fix or expert puppy advice needed. He is a Master Dog Trainer with the Guild of Dog Trainers. Graeme is also an accomplished public speaker, having recorded a TEDx talk entitled “Why using dog training techniques to train PEOPLE makes sense”.  When he’s not training dogs and dog owners, he’s practicing his dance moves, Strictly-style. Graeme competes in national ballroom and Latin competitions for fun.