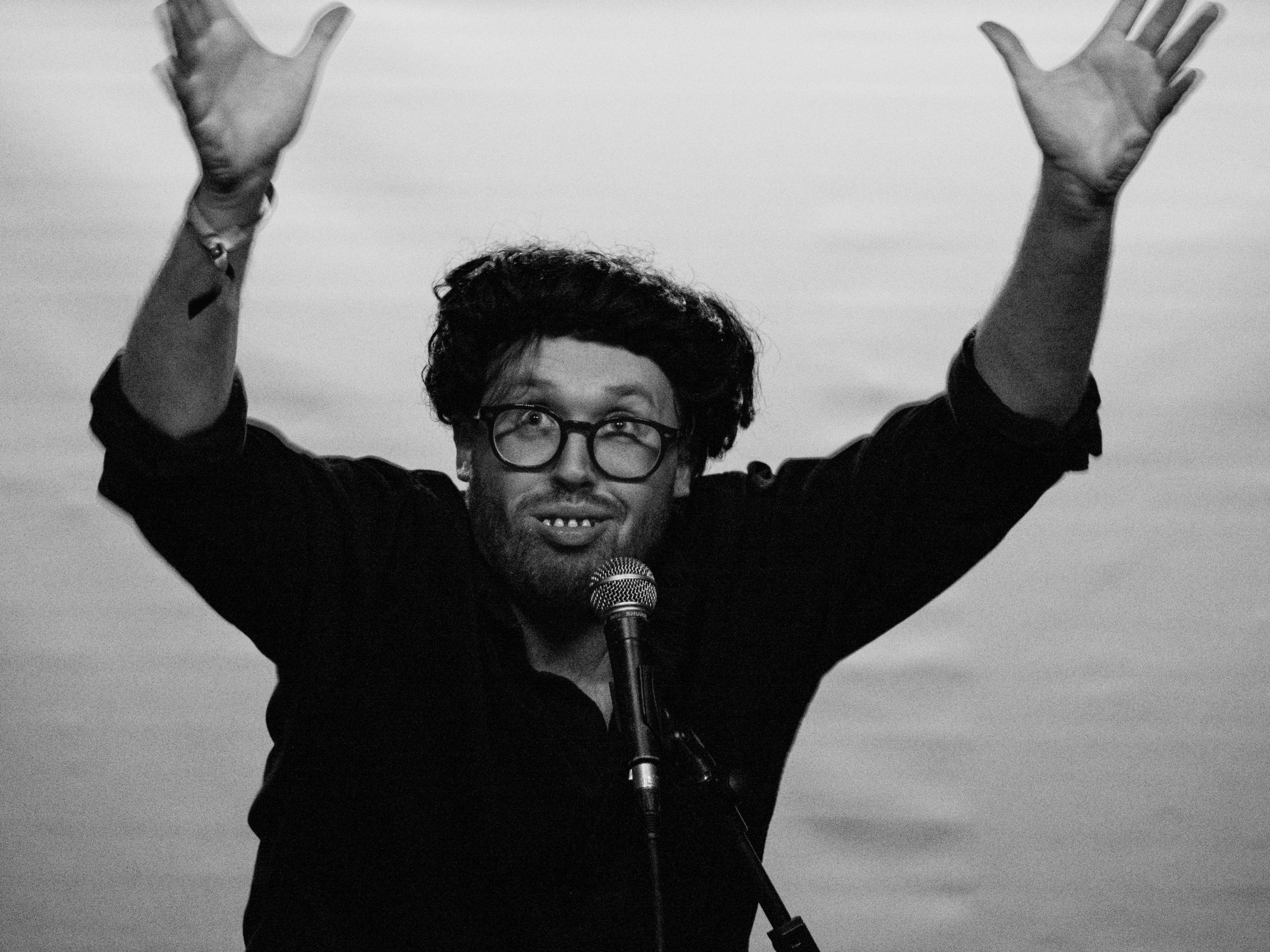 “Kearns could be your new King of Comedy”
Bruce Dessau, Evening Standard

Winner of Edinburgh Comedy Award for Best Show and Best Newcomer, four-time Chortle Award nominee and Taskmaster Series 14 star, John Kearns announces extra dates, including an extra London show at London’s Bloomsbury Theatre on Saturday 3rd June, to his brand-new UK tour and fifth solo show, The Varnishing Days, to meet demand. Starting with a week-long run at London’s Soho Theatre, Downstairs from 13th February, and with extra dates due to be added for Salford, Bristol, Bath, Glasgow and Newcastle, this is set to be John’s largest tour to date.

Tickets go on sale today at 10.00am on Friday 2nd December. Full dates and tickets at johnkearnscomedy.co.uk

The Varnishing Days is the heart-stopping, glasses-dropping, hard-rocking, wig-shaking, levothyroxine-taking, knee-knocking, boot-licking, justifying, teeth rattling, digressing new show from stand up comedian to the stars John Kearns. Go silent as I walk on! Acknowledge when something funny happens! Leave discussing dinner plans! Others will be implicated. Points will be circled and missed. Hell, it’s a man trying his best! When I visit your town dogs will start barking, as will clergy. Your microwave will go haywire. The lights in your vestibule will flicker and the Bank of England will nervously look at interest rates. On the day I write this, the pound has hit an all time low against the dollar. Mark my words. This show will break that record again and again and again.

Nearly ten years on since he first debuted at the Edinburgh Festival Fringe, John is still the only comedian to have ever won the Edinburgh Comedy Award for Best Show (Shtick) and Best Newcomer (Sight Gags for Perverts) in the awards forty-year history. An internationally acclaimed live act, he has delivered his “richly, idiosyncratic comedy” (The Guardian) across the world, notably picking up two Melbourne Barry Award nominations along the way and was twice-voted one of the Evening Standard’s 1000 Most Influential Londoners. Following sold out residencies at the Soho Theatre, Battersea Arts Centre and at the Edinburgh Fringe, he toured the UK for the first time with his third solo show, Don’t Worry, They’re Here, directed by Olivier winning playwright Jon Brittain. John’s fourth and latest show Double Take and Fade Away was hailed by critics as his finest yet, making numerous ‘best of the year’ lists including the Evening Standard and The List. The show had a sold-out Edinburgh run, two weeks at London’s Soho Theatre, and a UK tour.

Currently appearing on the latest series of Taskmaster (Channel 4), elsewhere on television John co-hosts Guessable (Comedy Central) with Sara Pascoe, was the lead in cult hit Top Coppers (BBC Three), appeared on Cats does Countdown (Channel 4) and Alan Davies: As Yet Untitled (Dave), went down with the Titanic on Drunk History (Comedy Central), ballsed up a heist in Rotters (Sky Arts) and wrote and performed on Harry Hill’s Stars In Their Eyes (ITV). John also wrote for Harry Hill on HH’s Tea Time (Sky One). On radio, John co-wrote and starred in Lasties (BBC Radio 4) alongside Tim Key, entertained the nation on Christmas Day 2019 with A Very John Kearns Christmas (BBC Radio 4), and wrote and performed his own series The John Kearns Show (BBC Radio 4), as well as hosting and guesting on numerous shows throughout the Fringe (BBC Radio 4/Radio 4 Extra). John also co-hosts Microscope, an improvised comedy podcast, alongside fellow comedian Mat Ewins.

What the press said about John Kearns’ last live show, Double Take And Fade Away

“the best showcase for his greatness yet… Kearns is as original and beguiling as any comedian in Britain.”
Dominic Maxwell, The Times ★★★★

“There is something quite magical about the world John Kearns creates… exquisite to watch.”
Alice Jones, The i ★★★★

“Kearns’ poised, poetic stream of consciousness is the whirring logic of a very funny man with a profound understanding of the human condition.”
Jay Richardson, The Scotsman ★★★★

“damn funny… An hour of this unique act, exquisite but robust, is more rewarding than any arena stand-up”
Steve Bennett, Chortle ★★★★ ½