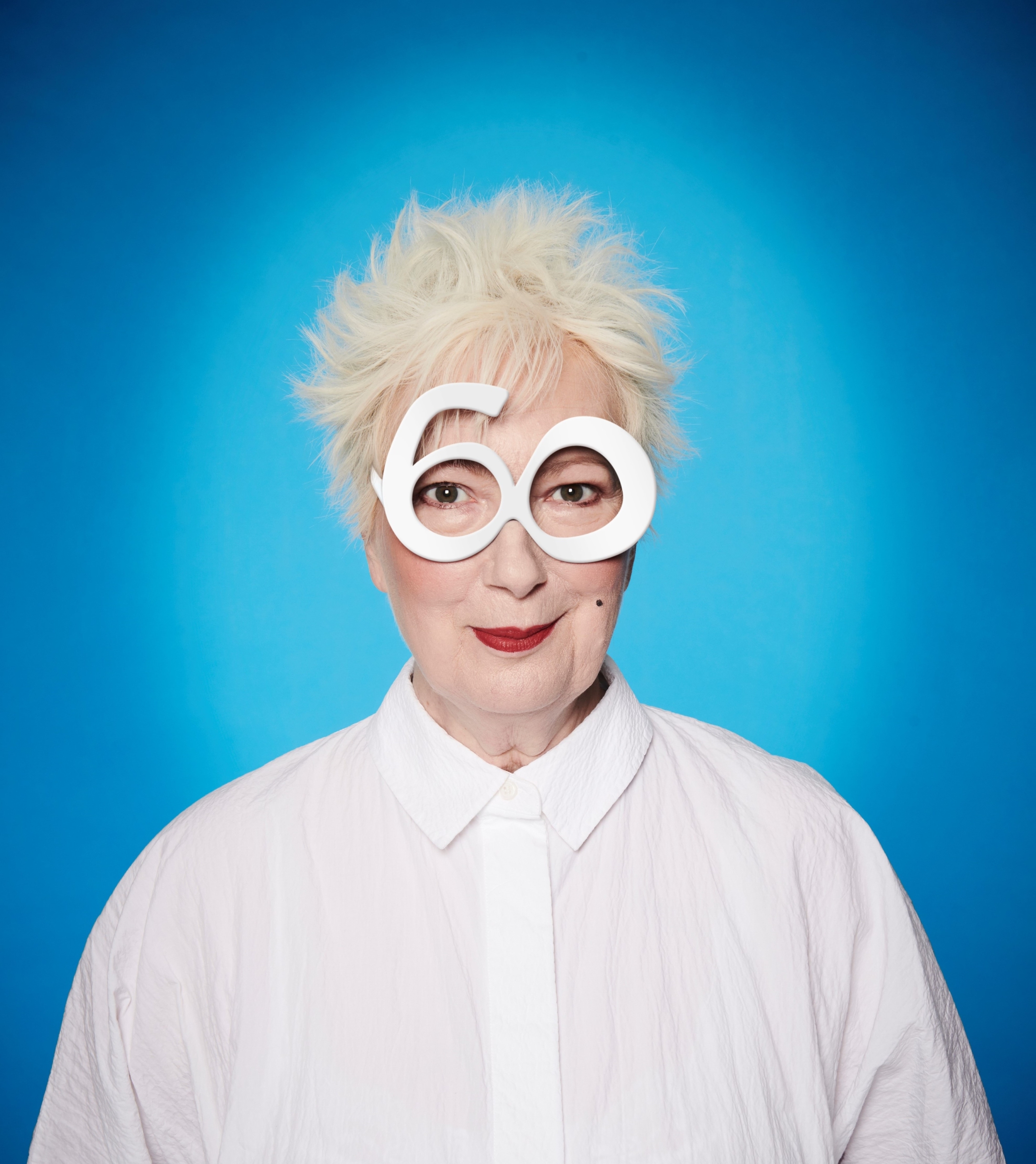 “she is in ebullient form…a sharp and Joyous comic mind”

Following the hot off the press news that Jenny Eclair is joining the latest line up of stars set to feature in the 15th series of the critically acclaimed global hit, Taskmaster, and a successful run which saw her perform 85 dates nationwide of her critically acclaimed stand up tour Sixty! (FFS!), including two shows at London’s Duchess Theatre, due to popular demand, Jenny will be extending her show with an additional 26 dates, bringing Sixty PLUS! (FFS!) XXL Show with new material to the stage in 2023. Having reached 63 years of age by the time the autumn tour extension actually kicks off, Sixty PLUS! (FFS!) XXL Show will commence on 2nd September 2023 in Southend, head for London’s West End in October and draw to a close in Dublin on 4th and Belfast on 5th November – the first time Jenny will be bringing the show to Ireland.  Tickets go on sale on Friday 2nd December at 12 noon from jennyeclair.com

Having hit 60 (but still a year younger than Madonna), Jenny Eclair AKA ‘The Face of Vagisan’ confronts a new decade of decrepitude. Now that it takes 20 minutes of scrolling down to find her DOB when she’s filling in forms online, should she celebrate or crawl into a hole? What will her 60’s hold for this 1960’s babe and is it a legal requirement to buy Nordic walking poles?

She has many TV and radio credits to her name, most recently guest hosting on Countdown (Channel 4), presenting a second of Drawers Off (Channel 4) and Craftivism (BBC Four).  Other TV credits include the Grumpy Old Women series (BBC Two), The Great Celebrity Bake Off For Stand Up To Cancer (Channel 4), Loose Women (ITV), Splash (ITV) and I’m a Celebrity (ITV). Her radio series of monologues Little Lifetimes (BBC Radio 4) has been commissioned for a seventh series. West End theatre credits include Steaming, Mum’s the Word and both Grumpy Old Women Live and Chin Up Britain, co-written by Eclair and Holder.

As an author, Older and Wider, A Survivor’s Guide to the Menopause made The Sunday Times Best Sellers List in the summer of 2020 and is now out in paperback.  Jenny is also a Sunday Times top ten bestselling author of the critically acclaimed novels Camberwell Beauty, Having a Lovely Time and Life, Death and Vanilla Slices, as well as the Richard and Judy bestseller, Moving, the short story collection, Listening In and Inheritance.  Her brand new book aimed at young adults, The Writing on the Wall was released in paperback over the summer.

Jenny Eclair Sixty! is a delight from beginning to end. Not only can she make getting older hilariously funny, but she has the ability to focus on the small shames of human life and return them to us in a new and triumphant light. ★ ★ ★ ★