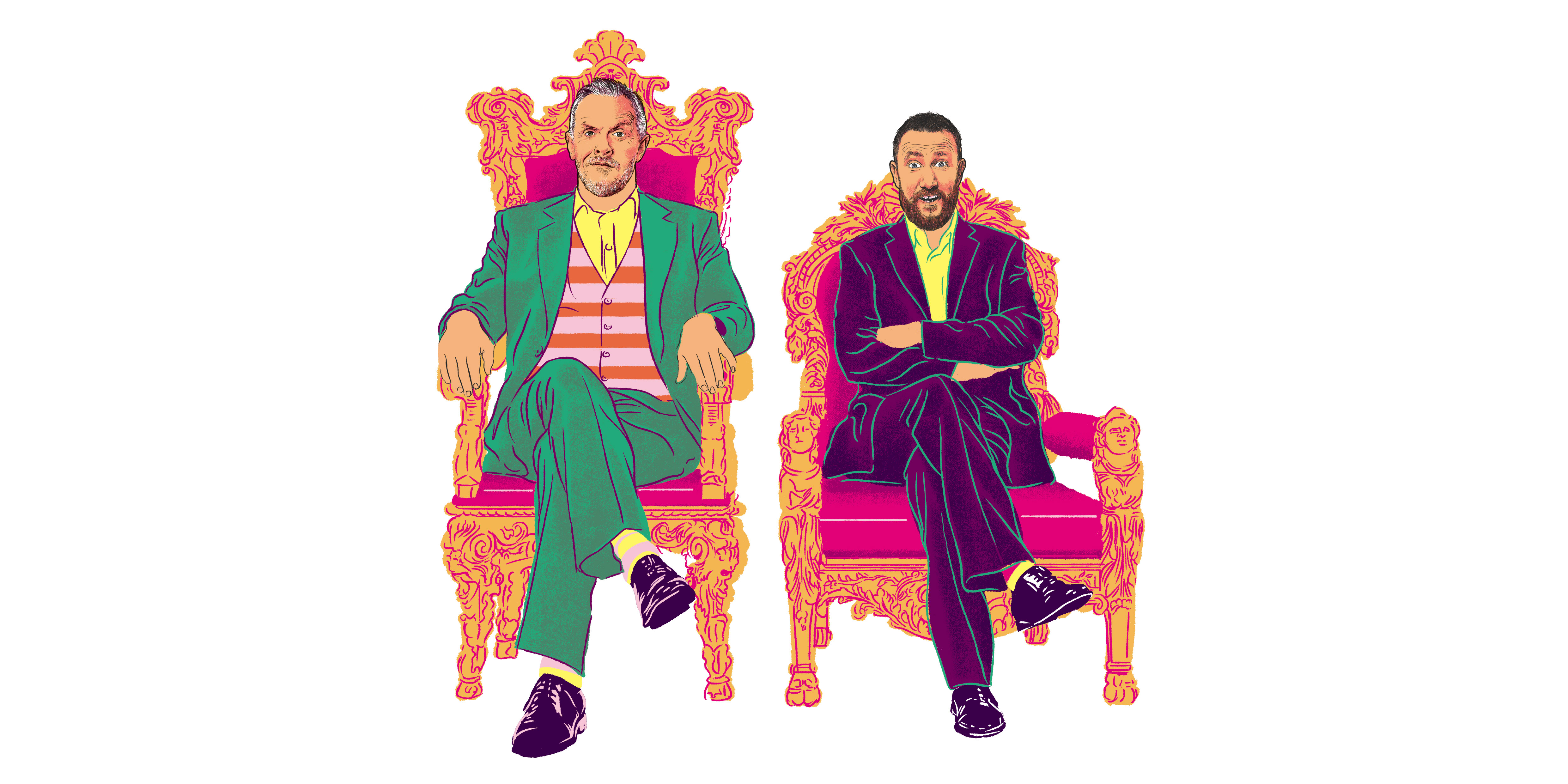 1 December 2022: Today Taskmaster Education and AQUILA Magazine have announced that they will be working together to set tasks and activities for the younger Taskmaster fans to join in with and compete against each other to win points.

Taskmaster hosts Greg Davies and Alex Horne have been stylishly recreated by illustrator, Nick Taylor, to feature in the magazine from January 2023.

Taskmaster, the television series hosted by Greg Davies and starring (and created by) Alex Horne, sees celebrities pitted against each other to complete tasks. Taskmaster Education takes elements of the show and uses them to inspire, engage and teach children and young people. Tasks can be adapted to meet any desired aims that the teacher might have, whether they be curriculum-based or more to aid the child’s social and emotional development. By engaging with Taskmaster’s approach to learning, children develop important life skills such as teamwork, problem solving, communication, lateral thinking and resilience.